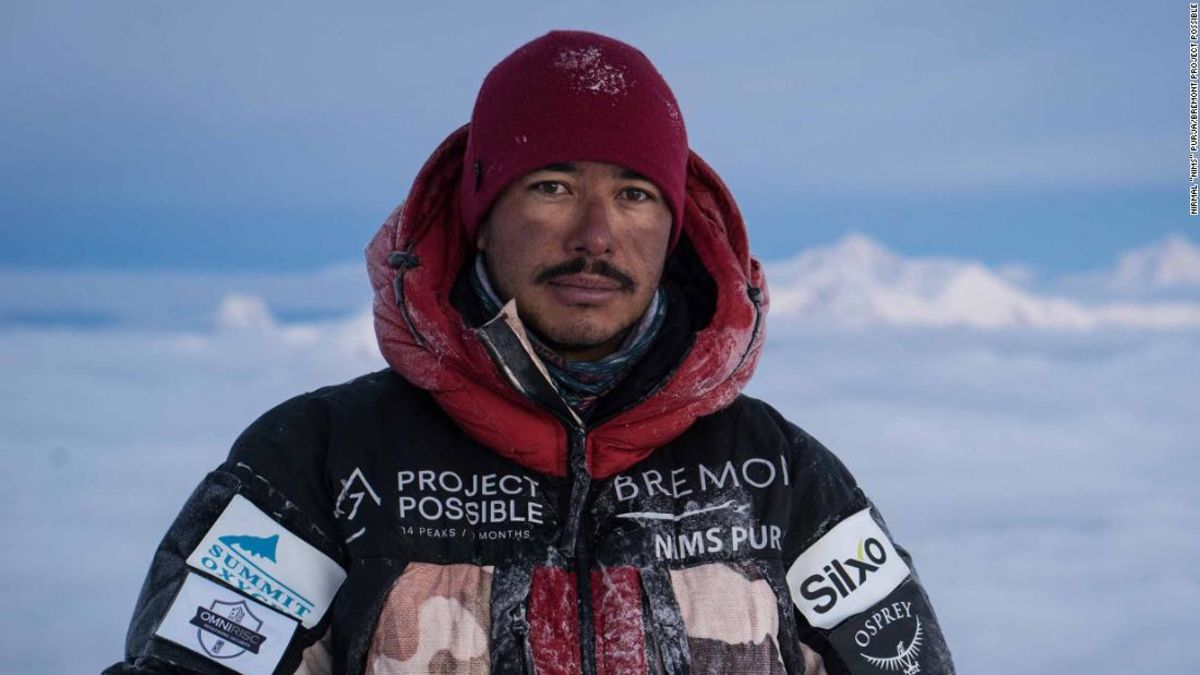 (CNN) — A former soldier from Nepal has climbed the world’s 14 highest peaks in just over six months, smashing the previous record by over 7 years.
Nirmal “Nims” Purja, 36, who served with the British Special Forces, reached the 8,027-metre-high summit of Mount Shishapangma, Tibet, on Tuesday morning local time along with three sherpa climbers.

This was the fourteenth and final mountain he needed to scale as part of his “Project Possible” campaign, which he completed in 189 days. He climbed the first “8,000er” on his list, Mount Annapurna I, Nepal, on April 23.

In a statement, Purja said: “I believed in this project and I made sure to surround myself with people who believed in it too. This was never just about me, which is the reason I’ve been able to overcome some huge obstacles on this journey. By achieving this goal, I knew I could inspire people from all generations, across the world.”

The fastest time had been held by South Korean Kim Chang-ho in 2013, which stood at 7 years, 10 months and 6 days. Chang-ho had narrowly beaten — by one month and 8 days — the previous record of Jerzy Kukuczka from 1987.

Only 40 climbers have completed this feat.

Eight of the mountains are in Nepal, with five in Pakistan and one in Tibet.

Nick English, the cofounder of Bremont, the British watchmaker which sponsored Purja’s project, said in a statement that he had first met Purja through their military connections when he was an unknown mountaineer.

English added: “Nims is a total inspiration and it goes without saying that what he has achieved is utterly remarkable.”

Purja also made headlines earlier this year when he took a photo in May of the long queue of climbers waiting in the “death zone” to reach the summit of Everest. The subsequent outcry led the Nepali government to draft new climbing rules.

The former British Marine was awarded an MBE by Queen Elizabeth in 2016 for his mountaineering achievements. In the process of completing “Project Possible”, he broke six further records — including the fastest summit of the three highest mountains in the world.

One member of his rotating team of Nepalese sherpa guide also set a world record. Mingma David became the youngest person to summit all 14 of the highest peaks, nine of which were completed during the project.

Shortly after reaching the summit of Annapurna, he successfully rescued Dr Chin Wui Kin, a climber who had been without food, water and oxygen for 40 hours. Purja and his team later rescued two further climbers on Kanchenjunga, Nepal, giving up some of their oxygen to help them.