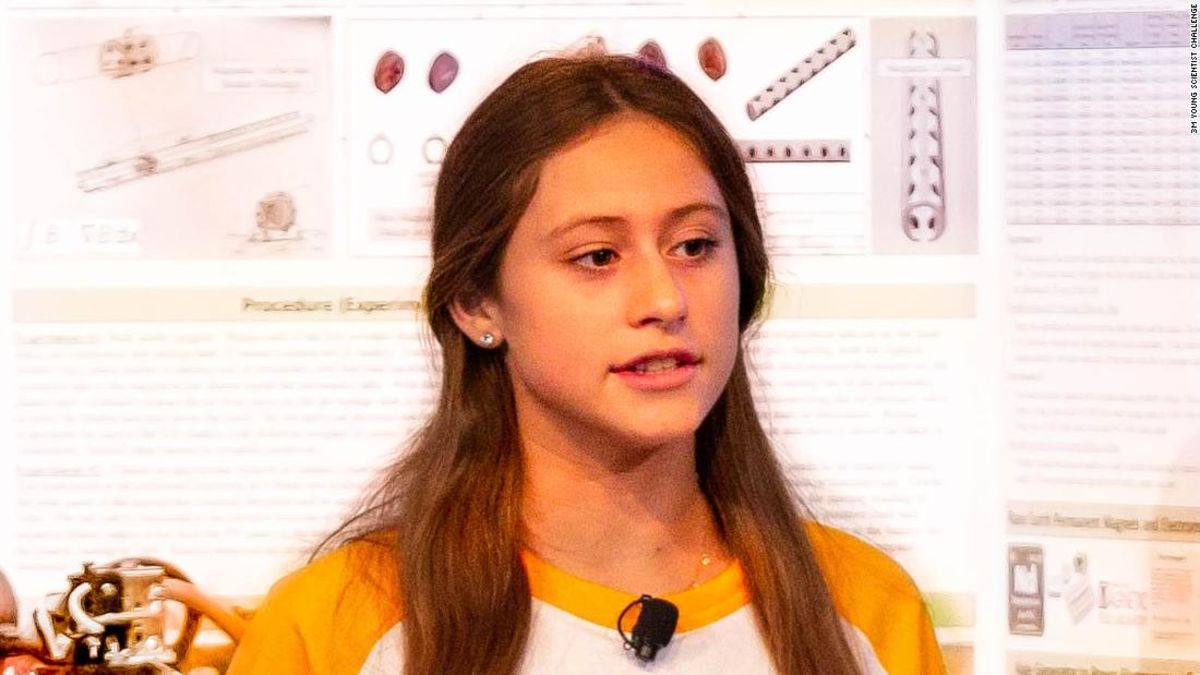 Magnetic shuttles would travel through these vacuum tubes, connected via magnetic arm to trains traveling on the existing tracks.

There’d be no need for trains to use diesel or electric motors, making the trains lighter and more fuel-efficient.

This is important to Crouchley, who aims to devise active solutions to the climate crisis.

“I pinpointed transportation as something I wanted to work on because if we can make trains more efficient, then we can eliminate the amount of cars, trucks and buses on the road,” Crouchley tells CNN Travel.

Crouchley, from Garden City in New York state, focused on train travel as a solution because her father and brother regularly travel by rail into New York City.

Her science teacher encouraged her to enter the Young Scientist Challenge, which invites middle schoolers in the US to submit a video outlining an ingenious solution to an everyday problem.

“After I got my inspiration, I did a lot of research on my design and on Hyperloop and Maglev. And I put my design on paper and later put it into Autodesk Inventor [a computer program for 3D design],” says Crouchley.

Meanwhile, she concluded that more traditional forms of Hyperloops have their flaws.

“My design can be less expensive and more efficient than current train technology that’s out there already. It’s also safer than Hyperloop.

My design can rely on 100% renewable energy, so it eliminates the need for a diesel engine or an electric motor, which makes the train lighter, so it can move faster.”

Crouchley presenting her design at the 3M Young Scientist Challenge 2019.

Crouchley says participating in the competition was a lot of fun. Along the way, she worked with a mentor, presented her invention to a panel of scientists and worked together with other innovative young scientists.

The next step to making her Hyperloop dream a reality? Building a bigger model to work out how the concept will work on a larger scale.

Holiday Gift Guide: The Best New Scotch Whisky Of 2022
How to visit Taiwan on a budget
What to eat and drink in South Africa
How to make German currywurst
MY NEW FAVOURITE COUNTRY