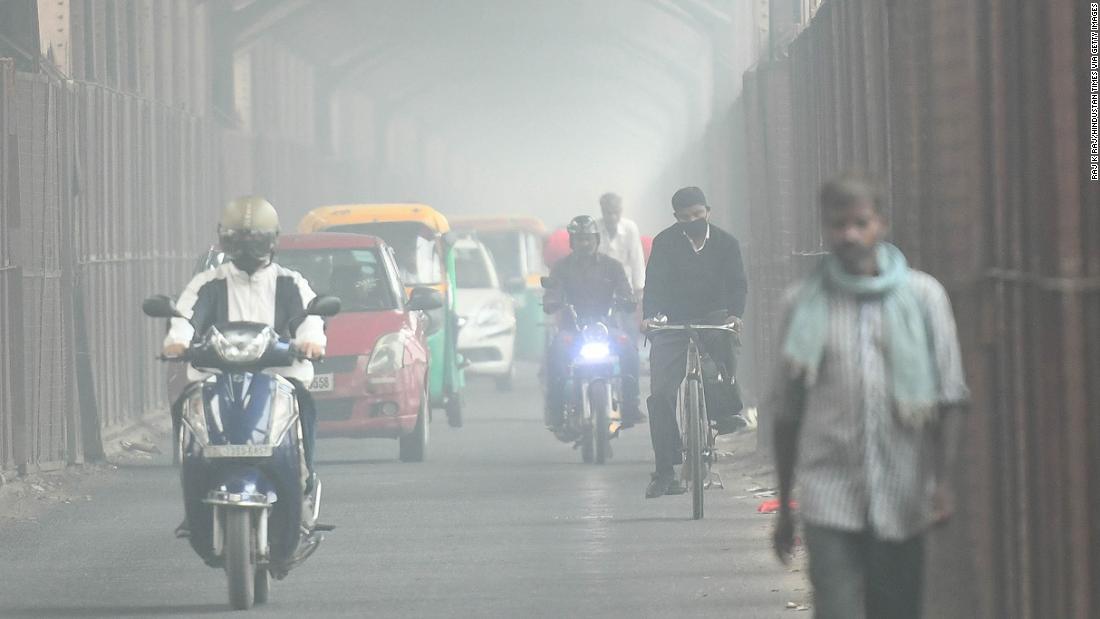 Travel
Share on Facebook
Share on Twitter
Share on Pinterest
Share on LinkedIn
Visibility was so poor that 37 flights — including at least one international journey — were diverted from the city’s Indira Gandhi International Airport, a senior airport official told CNN.
Pollution indexes saw air quality in the Indian capital climb to “hazardous” levels in the city on Sunday.
Delhi’s Chief Minister Arvind Kejriwal tweeted that pollution was “unbearable” across North India.
New Delhi has been ranked the most polluted city in the world, according to Greenpeace and AirVisual; a report by the two found that seven of the world’s 10 cities with the worst air pollution are in India.
On Sunday, major airlines including Air India and SpiceJet warned of delays and cancellations to flights to and from the international airport.
The senior airport official told CNN that although planes can land during times of poor visibility, not all pilots are trained to do so.
“During winter months, when it’s foggy early in the morning and at night, and the visibility is poor, we have a roster of pilots who are experts to land in those conditions, so the schedules are made keeping in mind low visibility. That is something we can plan for,” he told CNN.
“But the visibility dropping suddenly due to pollution — that’s not something we plan for when making pilot’s schedules,” he said.
The official said conditions had improved somewhat later in the day, allowing some flights to resume.
New Delhi is home to more than 18 million people and 8.8 million registered motor vehicles — more than any other Indian city, according to Indian government figures from 2016.
Pollution in the city worsens at this time of year as temperatures drop and farmers light fires to clear their land.
Smoke from firecrackers set off to celebrate Diwali, the Hindu festival of lights, also adds to smog levels.
Smog has blanketed much of the city in recent days, severely reducing visibility, restricting traffic and limiting all but the most necessary outdoor activities.
On Friday, Kejriwal announced that authorities had begun to distribute 5 million face masks to schoolchildren in the city.
Schools in the area have been ordered to stay closed until Tuesday, according to the AFP news agency.

CNN’s Julia Hollingsworth and Manveena Suri contributed to this report.

Welcome To The Year Of Yaupon Tea
The Environmental Movement Forgot About Animals
Don’t Let Lost Luggage Ruin Your Trip!
Marvel at these 7 not-so-secret gardens in the Caribbean
Where To Eat And Drink In Los Angeles Right Now