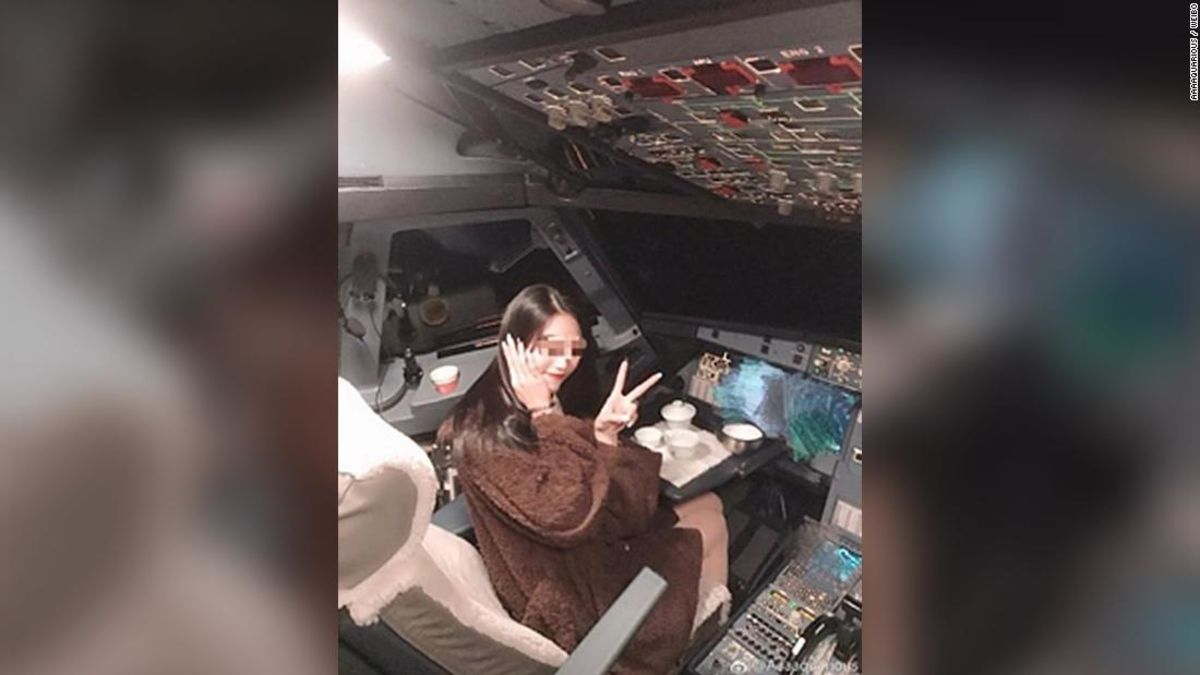 Hong Kong (CNN) — A Chinese pilot has been grounded after a photo of a woman sitting in an airplane cockpit emerged on social media, sparking outrage over a breach of safety rules.

The photo, posted by the woman on the Twitter-like Weibo social network, showed her taking the pilot’s seat and making a V-sign while wearing civilian clothes.

“[I am] super thankful to the pilot! I am really so excited,” the caption read.

The photo was spotted by a Chinese aviation blogger on Sunday. The blogger identified that the image was taken on an Air Guilin plane mid-flight, and criticized the airline for disregarding flight safety. The woman has since deleted the original photo on her Weibo account.

The photo went viral by the time it had been taken down. The aviation blogger’s post about the image currently has 22,000 likes.

Air Guilin confirmed that the incident took place during a flight from the southern city of Guilin to Yangzhou, eastern China on January 4.

In a statement on Monday, the airline said it had suspended the unnamed pilot from flying duties “for life” for violating civil aviation rules, while other members of the flight crew had been banned indefinitely, pending further investigation.

The carrier said it had always placed the safety of its passengers as its top priority, and reiterated it had a “zero tolerance policy towards any unprofessional and improper acts that could endanger air safety.”

“We will enhance our rigorous safety guidelines, to avoid incidents like this from happening again,” the statement said.

A company representative told state media outlet Beijing Youth Daily that every carrier has its own rules and, if the pilot decides to apply for jobs with other airlines, it’d be up to other carriers to decide whether or not to hire him.

“This is putting passengers’ lives in the entire aircraft at risk,” one user commented. Another asked: “How can an aviation professional not understand the basics of air safety?”

The woman was identified as a student taking a flight attendant course at the Guilin Tourism University, according to the state-run People’s Daily. It is unclear whether she is personally connected to the pilot.

This is not the first time that pilots have violated air safety rules in China by inviting guests into the cockpit mid-flight.

In 2018, a pilot received a six-month suspension after he was found to have invited his wife into the cockpit three times during a Donghai Airlines flight, People’s Daily reported.
Airlines around the world have strengthened security measures relating to cockpit entrance following the 9/11 attacks. Peter Goelz, former managing director of the U.S. National Transportation Safety Board, told CNN in 2015 that automatic locks on cockpit doors have been installed on planes in the United States to prevent intruders from gaining access to flight control systems.

Regulations issued by the U.S. Federal Aviation Administration (FAA) also ban pilots from using smartphones for personal use – including taking pictures – when the plane is in the air, unless they have gotten permission in advance.