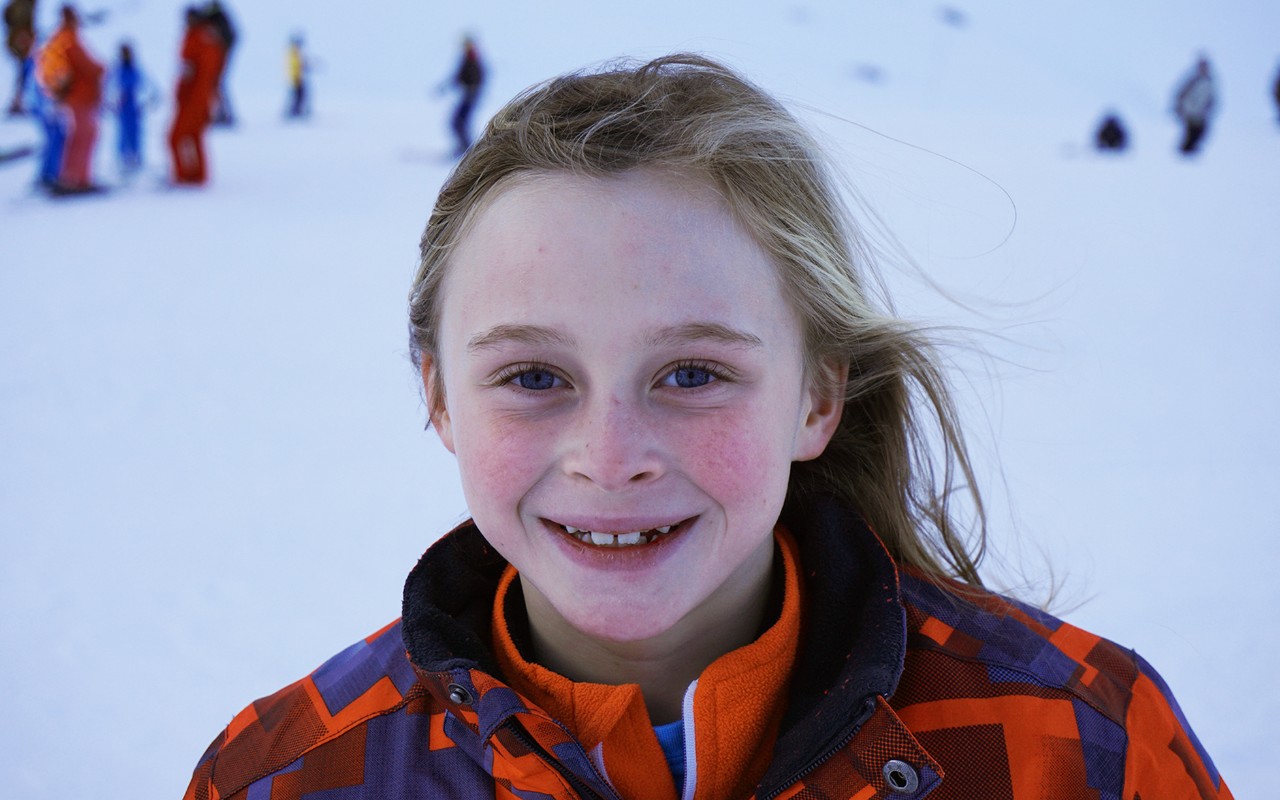 Sadie was very competitive and loved skiing as many kilometres as possible in a day with her dad,” said Clare Bristow, mother of Sadie and, along with her husband Stewart, the brains behind Ski for Sadie, a 400km-plus ski challenge the couple are launching this winter in the French Alps.

Ski for Sadie is a six-day charity challenge in Paradiski and Les Trois Vallées, involving lots of checkpoints, cryptic puzzle solving and camaraderie, as teams push themselves to ski as far as they can in the time available, just as Sadie did.

“Sadie loved a challenge and the idea of skiing to the furthest point and back really appealed to her,” said Stewart. “Thus the concept of this event was born.”

“We’re not aware of another event that challenges people do to things on the slopes, in a group or individually, so I think that combined with Stewart’s energy and drive, this will be an amazing event that Sadie would have been proud of,” continued Clare.

Sadie Bristow died from an extreme allergic reaction in August 2018. She was nine years old. Her allergies became apparent when she was a baby, and her family worked hard to manage her health, reminding extended family and friends that dairy and some nuts could cause Sadie to go into anaphylactic shock. Combined with having asthma and eczema, Sadie spent a lot of her early years in hospital.

“While Sadie was very conscious of her allergies, she also took it all in her stride,” said Clare. And with her dad being a former ski instructor and now a full-time tennis coach, it was perhaps no surprise that she loved and excelled at both sports, ranking number one in the UK in her age group in tennis.

On the slopes, Stewart and Sadie would regularly cover 100km of pistes in a day and had skied in over 50 resorts. A typical ski holiday for the family would cover several resorts, as Stewart liked to follow the snow and book accommodation at the last minute, opting for small, family-orientated resorts.

“On one particular trip, we were on the plane, it had arrived at our destination, and only then did he book our accommodation,” laughed Clare.

One of Sadie’s favourite resorts was Cervinia, as in Italy her allergies were easy to deal with. Another was Sestrière, where the staff at the Olympic Hotel sourced soya products and gave her a huge welcome.

“Sadie was always on the move, always doing, always looking for the next step, and was funny and enlightening, a ball of energy,” said Stewart. And it’s these qualities that her parents want to convey in the Ski for Sadie event.

Open to individuals and groups, participants will have to reach checkpoint markers laid out across the two resorts, with three days in each. They’ve created their own app, which will allow competitors to record the checkpoints reached, and points will awarded for such achievements as total kilometres skied, time between checkpoints, cryptic puzzle solving, and more.

Five other charity events for skiers and snowboarders

Taking place from January 18-25, 2020, Clare and Stewart are working with buildmyskitrip.com to offer a comprehensive package, including flights, transfers, luxury half-board accommodation in Arcs 2000 and Val Thorens, and lift passes.

There are two booking options – either commit to raising at least £450 for the foundation and benefit from a reduced price of £1,159, or opt for the complete buy-in at £1,449.

All the money raised from the event will go to the Sadie Bristow Foundation, which has two aims: to raise awareness of allergies, and to show how important sport is to children.

“We want to spend the money on creating a more thorough education about allergies, particularly in those areas that families go into, so that people aren’t scared if, for example, someone with allergies comes into their school,” said Clare.

“Ski for Sadie promises to be a unique event, and we’re trying to create as much connection with Sadie, and with what she loved to do, as possible. If we can get 20 or 30 places filled, and have those people really enjoy it, it’ll mean the world to us and our charity because – I hope – we’ll then have the chance to do it year in year out, and that would really make her legacy one to remember,” said Clare.

“Raising awareness about allergies is a long, long plan for us both, and we’ll be doing what we’re doing for as long as we’re both alive.”

Find out more about the Ski for Sadie event and packages at sadiebristowfoundation.org.uk.

Manhattan vs Brooklyn: which New York City borough will fit your travel vibe?
Southwest CEO maps out a recovery after holiday meltdown: ‘We have work to do’
8 of Morocco’s best beaches for surfing, swimming and sunbathing
Best Things To Do for an Unforgettable Valentine’s Day
6 incredible road trips you should do in New Zealand