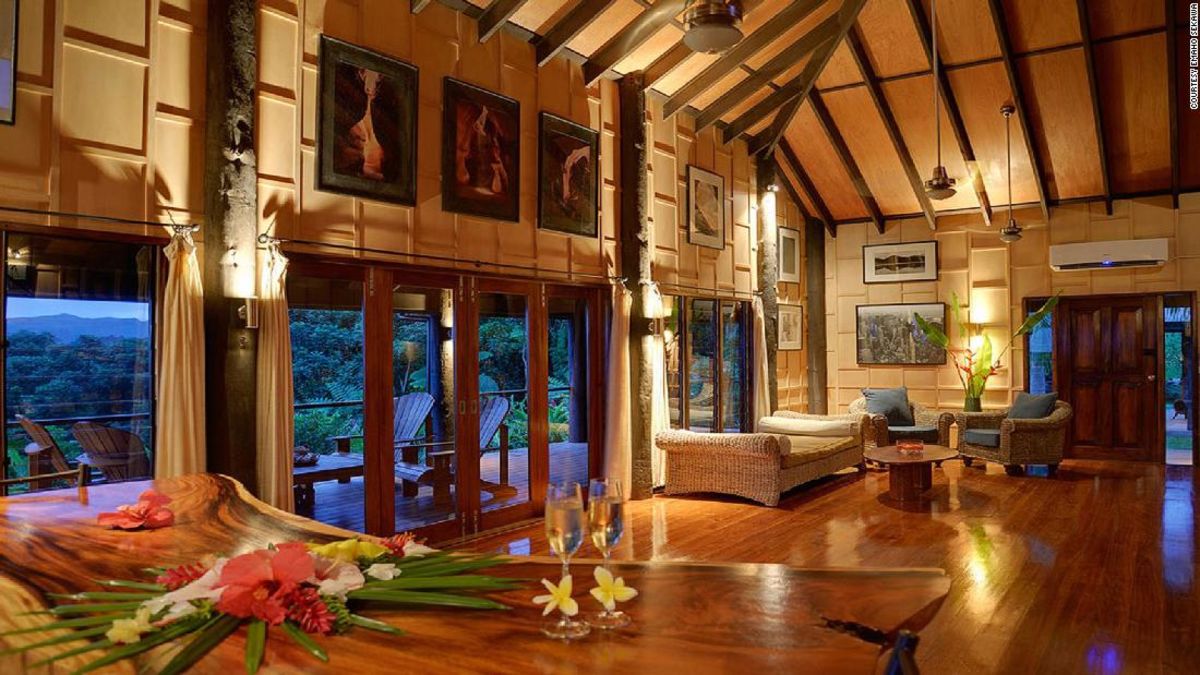 (CNN) — Its name literally means treasure, so it seems fitting that Bali’s Awarta Nusa Dua Luxury Villas & Spa has been recognized as a gem of a boutique hotel.

Comprised of 14 villas, the luxurious resort is renowned for its first class service, which includes a Chrysler limousine airport pickup, as well as stunning grounds that include a courtyard fillwed with bonsai and frangipani trees.

Awarta was named the best boutique hotel in the world for the second year running at a ceremony in London earlier this week.
Naomi Siawarta, director and owner of the resort, was on hand to collect the coveted prize at the ninth edition of the Boutique Hotel Awards in Merchant Taylors’ Hall.

Describing winning twice as a “dream come true,” Siawarta said the team at Awarta were continually challenging themselves to “keep the experience alive and spark surprises where they are least expected.”

All of the winners were chosen from a list of more than 300 nominees across more than 80 countries.

During the judging process, each property received a personal visit from an experienced hotel judge to ensure a truly authentic guest experience.

Awarta wasn’t the only Balinese hotel to take home a prize — Hanging Gardens Of Bali, located close to Ubud, was awarded the title of World’s Most Stunning Views for the second time.
Meanwhile Emaho Sekawa, based high up on a hill on Vanua Levu, Fiji’s second largest island, was named the World’s Best Beach or Coastal Hotel.
New Zealand’s Te Koi Lodge, which was taken over by Ian and Ali Metcalfe in 2017 and turned into a luxury retreat, was named the World’s Best New Hotel of 2019.
Wind and solar-powered Donkey Bay Inn, another New Zealand property, was named the World’s Most Sustainable Hotel.
Costa Rican offerings Rancho Pacifico, situated on top of the rainforest of Uvita de Osa and Drake Bay Resort, an eco lodge on the Osa Peninsula, were named World’s Most Romantic Retreat and World’s Best Honeymoon Hideaway respectively.
Finally, Chitwa Chitwa Private Game Lodge, a family-run operation at the Sabi Sand Game Reserve in South Africa received the title of World’s Best Family Hotel, largely thanks to its numerous activities, including game drives and bush walks.

The lodge also has an on site library, sunset deck and scenic outdoor swimming pool.

Japanese Sukiyaki – INSANELY MARBLED BEEF – Traditional 100 Year-Old Food in Tokyo, Japan!
Do I need a visa to travel to Ireland?
The 3 Best Rye Whiskeys For Fall 2022
Surfing as Santa Claus in Venice Beach California
How Two Oakland Women Are Rethinking Champagne With A Sparkling Wine Subscription