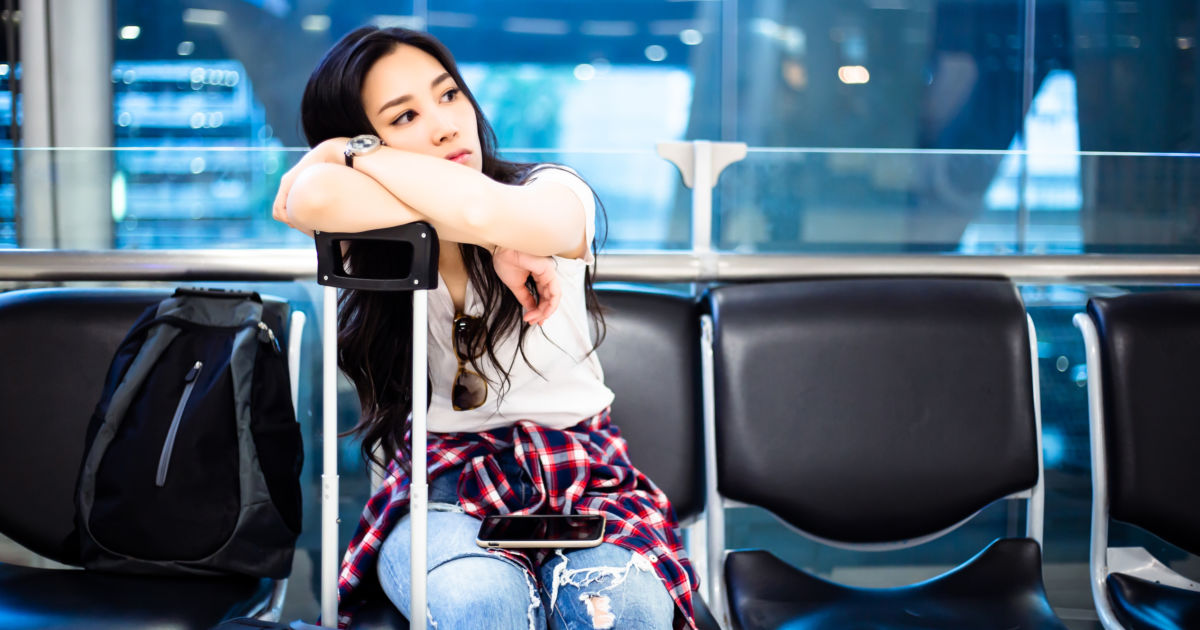 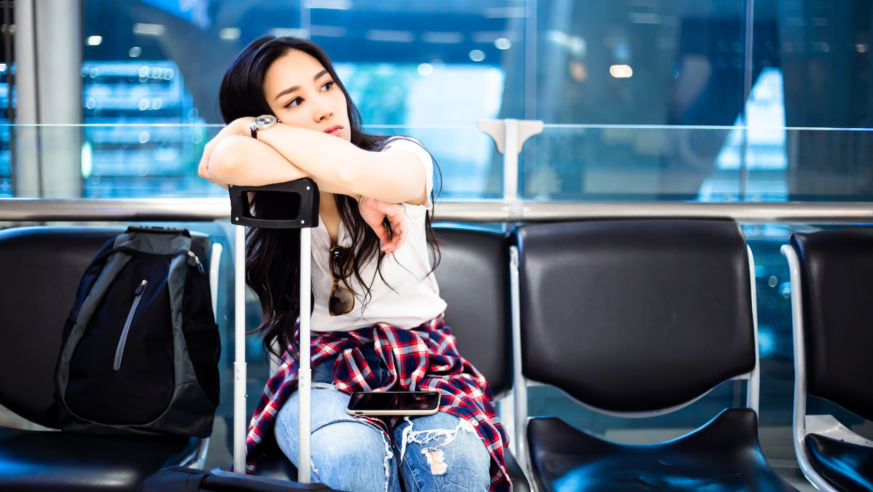 A delayed flight can derail travel plans, but there are a few things you can do to minimize the impact on your holiday.

Finding out your flight has been delayed can feel like the travel gods have conspired against you, and all the sudden you’re stuck feeling helpless.

Well, don’t panic! There are some steps you can take to minimize the pain if you act quickly. Here’s how to get your travel plans back on track the next time you encounter a delayed flight.

Find out why the flight is delayed

Flights get delayed for a variety of reasons. So start by contacting your airline (by talking to a representative at the check-in desk, or by phone if you haven’t arrived at the airport yet) to find out why you won’t be departing on time. By federal law, major US airlines must report the causes of flight delays. According to the US Department of Transportation, there are five types of flight delays:

Although there are no federal laws requiring airlines to provide passengers with money or other compensation when their flights are delayed, knowing what the cause is can help you act accordingly. For example, if your flight is running behind because the plane is being refueled, you can probably expect a short delay – but if there’s a tornado in the forecast you may be in for a longer wait or even a canceled flight.

Download your airline’s mobile app if you haven’t done so already. You can use it to check departure statuses, and some apps let you change itineraries without having to speak to an agent in person or by phone, which can save you a lot of time.

Also download AirHelp – it’s an app that allows you to check if you’re eligible to receive compensation for a delay or cancellation.

This one might be obvious, but it’s still a crucial step. If you’re trying to catch a connecting flight, you’ll want to find out what that flight’s status is. In some cases, your airline may have to put you on a different route in order to get you to reach your final destination.

If your flight is delayed more than 12 hours or requires an overnight stay at a hotel, your credit card company may reimburse you for expenses, such as meals and lodging, if the airline doesn’t cover the costs. For instance, the Chase Sapphire Preferred card covers you and your family for up to $500 per ticket of certain non-reimbursed expenses, including meals, lodging, and toiletries, as long as your flight is not delayed in your city of residence. (Of course, you must have paid for your plane ticket with the credit card.)

Lodge a complaint on social media

If your flight isn’t the only one that’s been delayed – which often happens when there are extreme weather conditions – your airline’s phone line and airport staff can get overwhelmed. The upshot: you may be able to get a faster response if you file a complaint on Facebook or Twitter. To increase your exposure – and, in turn, improve your chances of getting a response quickly – weave appropriate hashtags into your post, and see what’s trending: If a lot of other flyers are tweeting #JetBlueFail, for instance, follow their lead.

Taking a friendly, composed approach can go a long way when you speak to any customer service agent, but it’s especially important when dealing with airline representatives. If you throw a tantrum, the agent will be less inclined to offer you a hotel or meal voucher. Also, remember: it’s not the person’s fault your flight has been delayed. So take an even tone, avoid using foul language, and refrain from making personal attacks. (“Why are you so bad at your job?”)

Sure, no one likes being stuck at an airport, but you don’t need to sit around and wallow in your self-pity. Many airports, both in the US and abroad, offer a wide array of activities and exceptional food. For example, Chicago O’Hare International Airport offers an interactive play area for kids that features child-sized model airplanes and a control tower. Meanwhile, art lovers can enjoy the Hartsfield–Jackson Atlanta International Airport’s permanent exhibit, “Zimbabwe Sculpture: a Tradition in Stone,” which features 20 stone sculptures from the South African country.

Facing a long delay? Go out and do some sightseeing. Just make sure you’re back at the airport with ample time to go through security; after all, the last thing you want to do is miss your flight and then have to wait even longer to get to wherever it is you’re going.

Andrew Zimmern’s Sea Urchin Pasta | Bizarre Foods With Andrew Zimmern | Travel Channel
Welcome To The Year Of Yaupon Tea
Awesome Deep Fried Fish and Talad Rot Fai (ตลาดรถไฟ รัชดา) – Bangkok Day 10
🌍 Help Me, LP! I’ll be in Dublin for St Patrick’s Day. Which events should I book in advance?
Antibiotics Use In Farm Animals Is Growing—Here’s Why It Could Pose A Danger To Humans