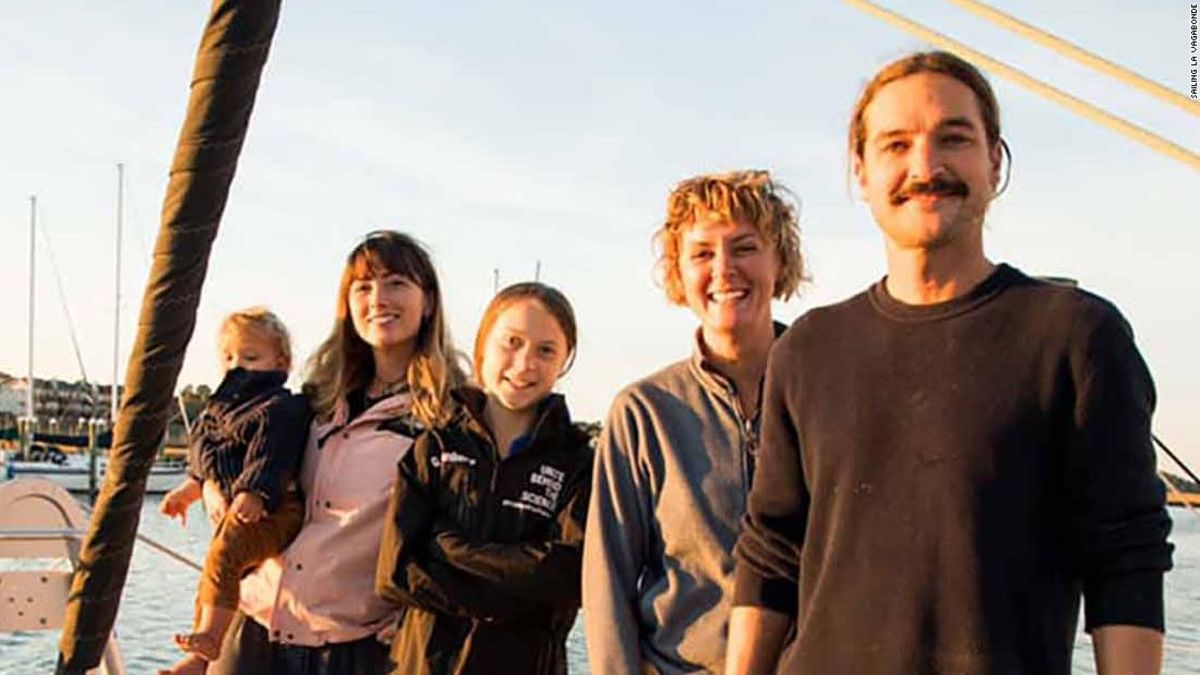 Elayna Carausu and Riley Whitelum, whose YouTube channel Sailing La Vagabonde chronicles their life aboard a 48-foot catamaran, responded to Thunberg’s plea for transportation, made on social media earlier this month when the major United Nations climate meeting was moved to Spain from Chile.
“So happy to say that I’ll hopefully make it to COP25 in Madrid,” Thunberg wrote on Instagram. “I’ve been offered a ride from Virginia on the 48ft catamaran La Vagabonde.”
The 16-year-old had already traveled halfway to the South American country when the UN changed the location of the December summit to Madrid, after Chile withdrew as host because of weeks of protests that paralyzed the nation.

Thunberg refuses to fly due to the high levels of emissions from air travel and instead uses boats, trains and electric cars to get around.

The Swedish teen will set sail for Europe on Thursday morning from Hampton, Virginia with Carausu, Whitelum and their 11-month-old son, Lenny. They’ll also be joined by Thunberg’s father, Svante, and British yachtswoman Nikki Henderson.

Carausu and Whitelum told CNN they had no intention of sailing to Europe but made a last-minute decision to help Thunberg out after seeing her plea on social media.

“We just said yes straight away because we just did a big 10-day sail and we loved it so much and we’re pretty keen for another adventure like this,” Carausu told CNN, “so yeah, we reached out and from there it took a day and it was like almost a done deal.”

The couple say that since they contacted Thunberg last week, the teen has been helping them prepare for the 3,200 nautical mile journey, which should take between two and three weeks.

“She looks like a little girl but her personality — she’s really independent, she knows what she wants and she’s really sweet and really helpful,” Carausu said. “They’ve (Greta and Svante) been here every day, helping us with boat jobs.”

Whitelum admitted that he was originally hesitant about the journey — not just because it’s taking place out of season, but also because of their baby son.

“It is a bit of a mission and we do have Lenny,” Whitelum said. “Heading across at this time of year is not something you take lightly so there was always going to be a lot of preparation and a lot of big decisions to be made, but we were very happy to certainly entertain the idea.”

The couple say they’re working with weather routers to help keep them on course and feel confident ahead of the journey, whose endpoint isn’t yet decided. “We’re actually not too sure just yet,” said Carausu. “It’ll be either Portugal, Spain or France.”

“We’re just so lucky that we can take our jobs around the world and it is our home,” she added. “Wherever the boat is we are, and we’re home.”

Do I need a visa to travel to Ireland?
Top 5 locations for historical buffs in Cairo – Lonely Planet travel video
The best hotels for woodland walks in Britain this winter
What to eat and drink in South Africa
The 7 best hikes in Argentina cover every kind of adventure