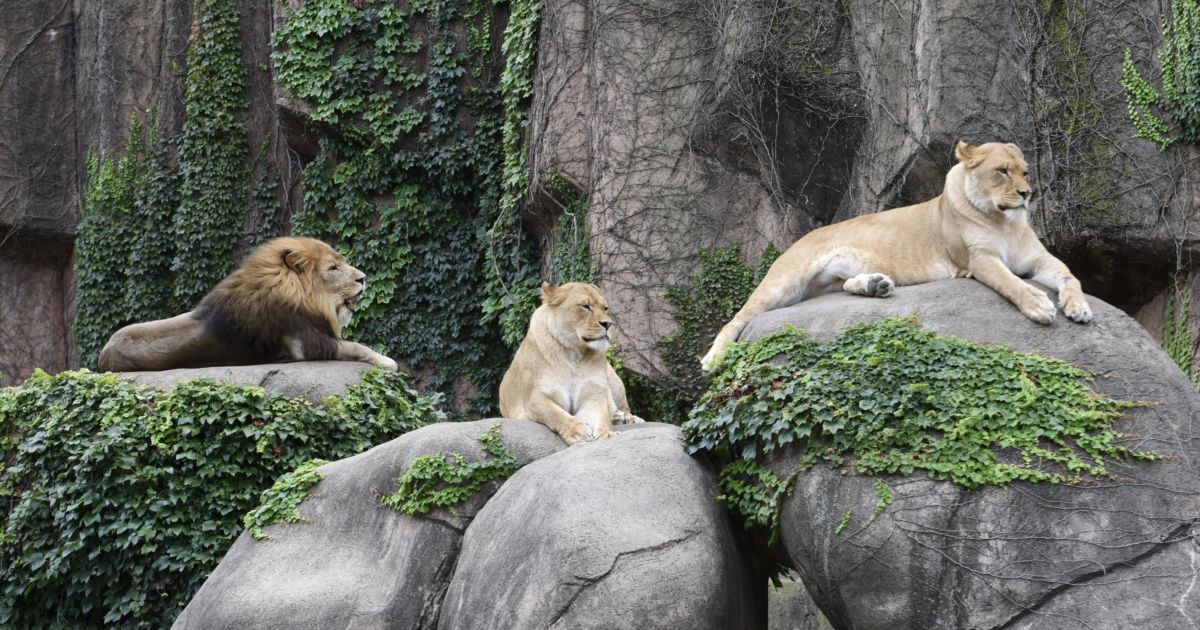 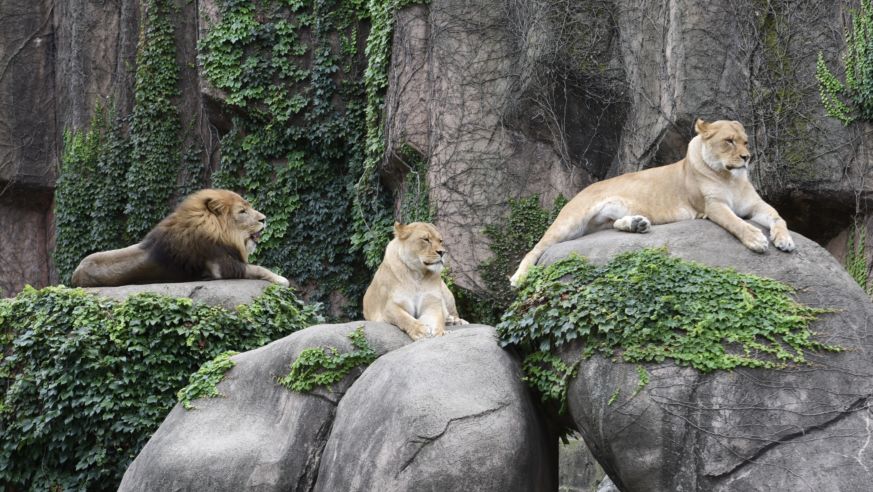 Get in touch with your inner animal at these top zoos in North America.

There are plenty of fun, interesting ways to walk on the wild side all across North America, but these destination zoos lead the pack by offering some of the most memorable visitor experiences rooted in animal encounters, community outreach, conservation efforts, unique programming and special events.

The 35-acre Lincoln Park Zoo was founded in 1868 on Chicago’s north side, making it one of the oldest in the country. Movie buffs might remember the Lester E. Fisher Great Ape House from its appearance in the 1999 film Return to Me; although the habitat has since transformed into the $26 million Regenstein Center for African Apes, the mighty gorillas are still a major draw. There’s also an amazing conservatory on site to check out. Best of all, the zoo stays open 365 days a year, and while you may have to pay for parking, admission is always free.

Long respected for its conservation initiatives, the Balboa Park-based San Diego Zoo houses more than 3,700 animals across 650 different species, many rare or endangered. The property is massive and navigation can be a little overwhelming; double-decker bus tours make it easier to get the lay of the land. A few of the most popular animal attractions include the Australian Outback koalas, the 2.5-acre elephant habitat and the penguin-populated Africa Rocks exhibit. Hearts broke when the zoo’s beloved giant pandas were returned to their Chinese homeland in spring 2019. However, the adorable red pandas are still around to admire.

Paired with a world-class botanical garden, the Cincinnati Zoo has been delighting Midwestern youngsters and their families since 1875 when it opened under the direction of the Zoological Society of Cincinnati. A pioneer in successful breeding efforts, the facility launched the Lindner Center for Conservation and Research of Endangered Wildlife in 1986 to help propagate and preserve globally endangered species. Amid the lovingly tended collection of animal exhibits, visitors tend to gravitate toward the cheetah run, the meerkats and the lions, but the world-famous Fiona — a charming young hippo born in early 2017 — is the biggest animal celebrity in residence.

A much-loved New York City fixture since 1899 and the largest city zoo in the US, the Bronx Zoo gives guests a glimpse into the world-wide animal kingdom within the beating heart of the urban jungle. With more than 260 forested acres to explore and 6,000 animals from aardvarks to zebras, this expansive attraction merits at least a full day to truly appreciate. Expect to do a lot of walking; you can always hop on the Wild Asia monorail or the seasonal Dinosaur Safari for a quick breather. The facility is also notable for having opened the very first veterinarian-staffed animal hospital back in 1916.

Home to the largest indoor desert habitat in the world, the Henry Doorly Zoo’s soaring glazed geodesic Desert Dome has come to be one of the most recognizable landmarks in Nebraska. Inside, a 55-foot tall central “mountain” divides the landscape into distinctive Namib, Australian and Sonoran habitats; nocturnal creatures make their home in the Kingdoms of the Night exhibits on the lower level. Elsewhere on the property, immersive Asian Highlands, Alaskan Glacier Bay and African Grasslands exhibits transport visitors around the world without ever leaving Omaha. The stunning Scott Aquarium facility showcases sea turtles, sharks and other marine life.

Arranged in five distinctive biome areas, the Indianapolis Zoo delivers a comprehensive visitor experience for animal lovers of all ilks. The organization partners with global researchers to promote animal conservation and education, acknowledging the work of worthy recipients with the coveted Indianapolis Prize awarded annually. The ethereal Dolphin Pavilion often doubles as an event space (guests can even arrange in-water adventures to swim along), and the Simon Skojdt International Orangutan Center furthers efforts to study and support these majestic animals in the wild. Access to the lovely White River Gardens is included in the price of admission.

One of several appealing attractions that populate Forest Park, the city’s verdant crown jewel, the free-to-visit St Louis Zoo receives approximately 3 million visitors each year. A leader in animal management, conservation and awareness with assistance from the Saint Louis Zoo Wildcare Institute, this friendly Midwestern facility houses and cares for more than 17,000 resident mammals, birds, amphibians, reptiles and insects on site. The zoo originated during the 1904 World’s Fair, taking shape around the original Flight Cage that still stands as part of the Cypress Swamp exhibit in the Historic Hill section.

This Seattle-based organization enlightens visitors as to the vital roles conservation and sustainability play (particularly in the Pacific Northwest region) through field projects and interactive exhibits spanning 70 developed acres. Bioclimate zones range from tropical rainforest and Australasian to temperate forest and African savanna habitats, housing more than 1,100 animals across 300 species. African Lions and Malayan Tigers and Brown Bears — oh my! Don’t miss the Assam Rhino Reserve, a partnership project with the International Rhino Foundation that raises funds to protect these threatened animals from illegal poaching.

With sections that showcase African forest and grasslands dwellers; Arctic animals; and American, Asian and Australian-hailing creatures, the 125-acre Detroit Zoo offers plenty of incentives to visit. The state-of-the-art Polk Penguin Conservation Center is currently closed until summer 2020 for repairs, but once it reopens, visitors will be able to again observe the antics of 75 resident penguins in a spectacular 25 foot-deep, 326,000-gallon aquatic facility. In the meantime, you can still enjoy the butterfly garden, the bird enclosures and a diverse variety of other animal exhibits.

Wildlife park meets mainstream animal attraction at this award-winning Wichita zoo, where guests can watch elephants splash, play and eat in the third largest dedicated habitat in the country. Spend some time in the Downing Gorilla Forest, then marvel at the big cats in the immersive Slawson Family Tiger Trek. Animals are grouped according to geographical origin, making it easy to beeline directly to African, Asian, North American or tropical settings. A leisurely wander through the impressive aviary caps off the adventure in fine feathered form.

Savor The Flavors Of The NoMad Hotel London
Ugly Tourists in California: 3 Ways to Upset a Californian
The Environmental Movement Forgot About Animals
Not a fan of cruising? The hack that could change your mind
In New Cookbook Dietitian Maya Feller Highlights Healthy Meals From Around The World