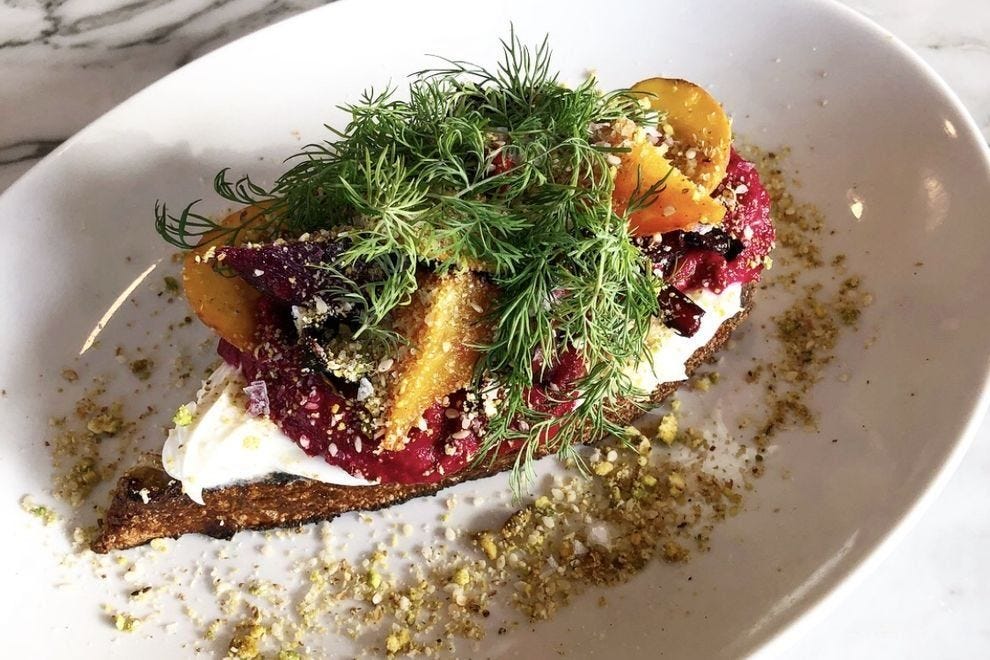 What makes a great food scene? Is it the variety of cuisines that are available, the number of award-winning restaurants, or a high concentration of celebrity chefs?

There are plenty of cities and regions that have become recognized for those criteria and more, but there are many places in the United States that haven’t gotten nearly as much attention as they deserve.

As we prepare to step into a new year and a new decade, we want to a shine light on some of the food scenes that have excited our taste buds and ignited our culinary imaginations. Here are 10 food scenes the experts and editors of USA TODAY 10Best think you should explore. 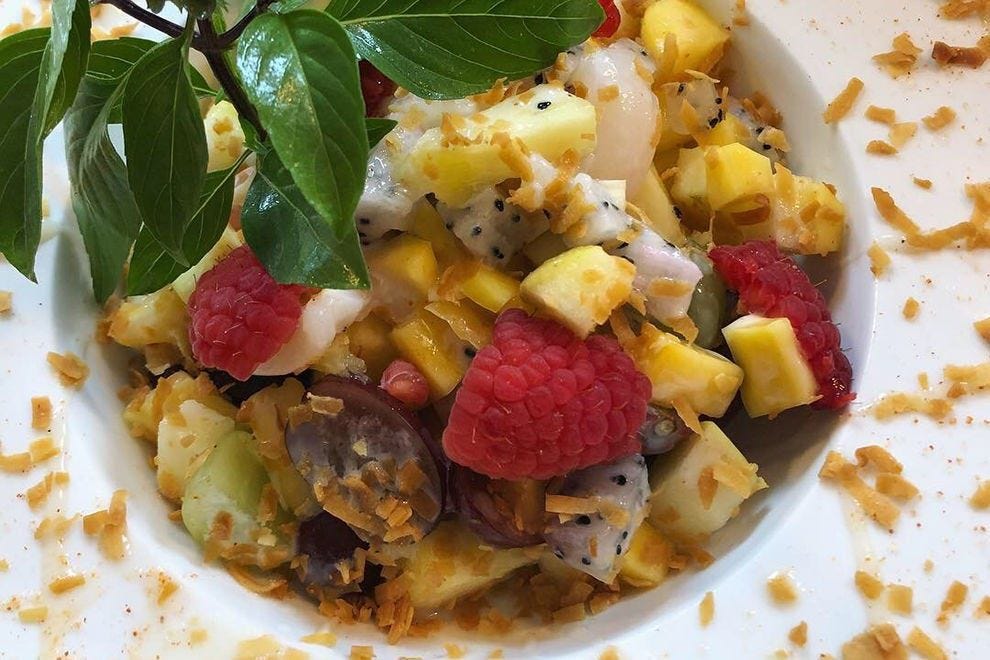 As one of the nation’s most diverse cities – 145 languages are spoken in Houston – this Texan city has become a hub for international cuisine.

And at Cowboys and Indians, owners and brothers Imran and Haas Khan are serving up a blend of Tex-Mex American and Indian dishes out of a former gas station.

The flavors you’ll encounter in Houston are as exciting as the dining experiences.

Explore Houston: 10 places to eat in Houston, the country’s most unsung food city »

The farm-to-table movement has taken the country by storm, but few cities are returning to the land and bringing local products to the menu like Minneapolis.

We spoke with one of Minneapolis’ most notable chefs, Sean Sherman, owner of the indigenous food company, The Sioux Chef, and author of the James Beard Award-winning cookbook, “The Sioux Chef’s Indigenous Kitchen.”

His Minneapolis recommendations show off a city that loves to push the boundaries of what Midwest cuisine is all about. From arepas to dishes cooked by an open fire, Minneapolis’s food scene is an adventure.

Explore Minneapolis: These are the best places to eat in Minneapolis, according to chef Sean Sherman »

The proud home of Dolly Parton is also a foodie’s dream. But you better come hungry because the foods are rich!

Whether you’re grabbing a farm-fresh breakfast at Five Oaks Farm Kitchen, traditional American diner classics at The Diner for lunch, or Southern comfort food for dinner at the Applewood Farmhouse, be sure to save room for dessert!

Explore Sevierville: Sevierville has become a food hot spot, thanks to these 10 restaurants » 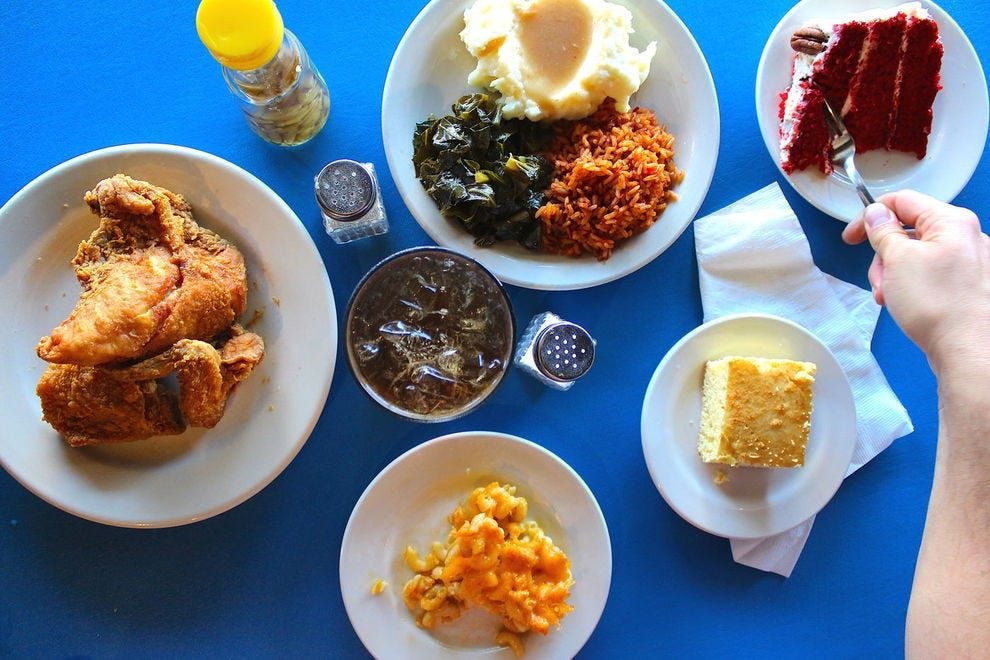 Sisters of the New South serve up Southern classics, but the locals’ favorite is the fried chicken — Photo courtesy of Visit Savannah

When it came time to explore what Savannah’s food scene had to offer, we went to Mashama Bailey, a Savannah native with a James Beard Award for Best Chef Southeast. Her recommendations depict a city that embraces tradition, welcomes other cultural influences and combines these elements to create its own unique take on modern Southern cuisine.

Sisters of the New South serves up Southern stables like oxtail, stewed okra and fried chicken that is a local favorite. And at Husk near Wright Square, diners can indulge in a charcuterie board that Bailey says is “uniquely Southern with local everything from the meats to the cheese and the extra bits they provide.”

Explore Savannah: Best places to eat in Savannah, according to chef Mashama Bailey » 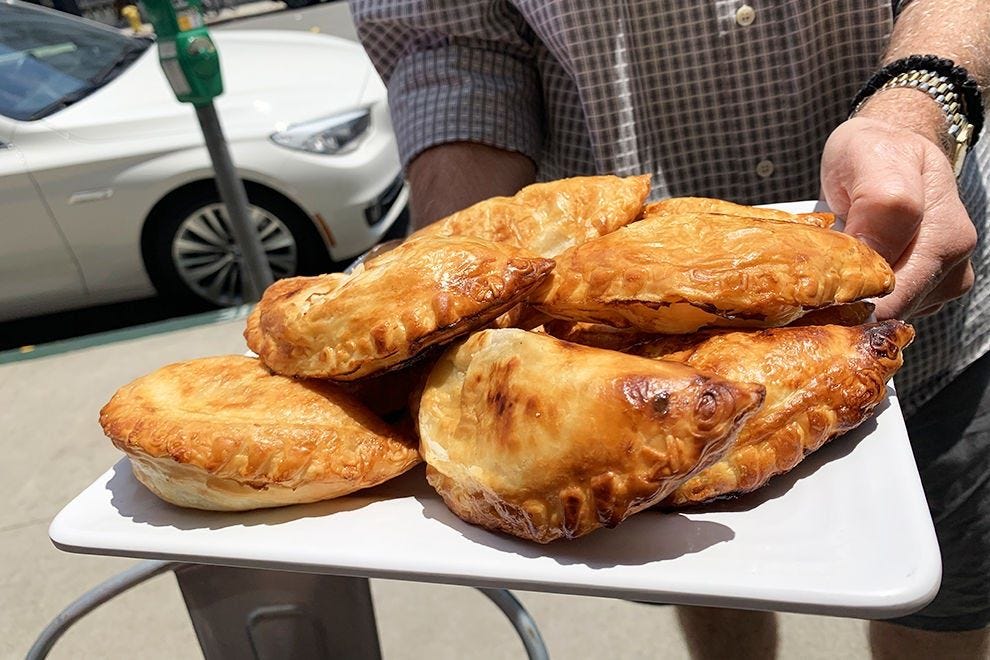 Los Angeles’ culinary scene draws a lot of attention which is why the nearby city of Pasadena has been flying under the radar for some time. With only 10 miles between them, Pasadena has been a relaxing, food-filled escape for many Angelenos.

Diners indulge in Mediterranean style cuisine at Café Santorini, which has been open for 25 years, while others who crave Latin American-style fare head to Amara Chocolate and Coffee for the empanadas and tequeños.

Explore Pasadena: These Pasadena restaurants are an escape from Los Angeles » 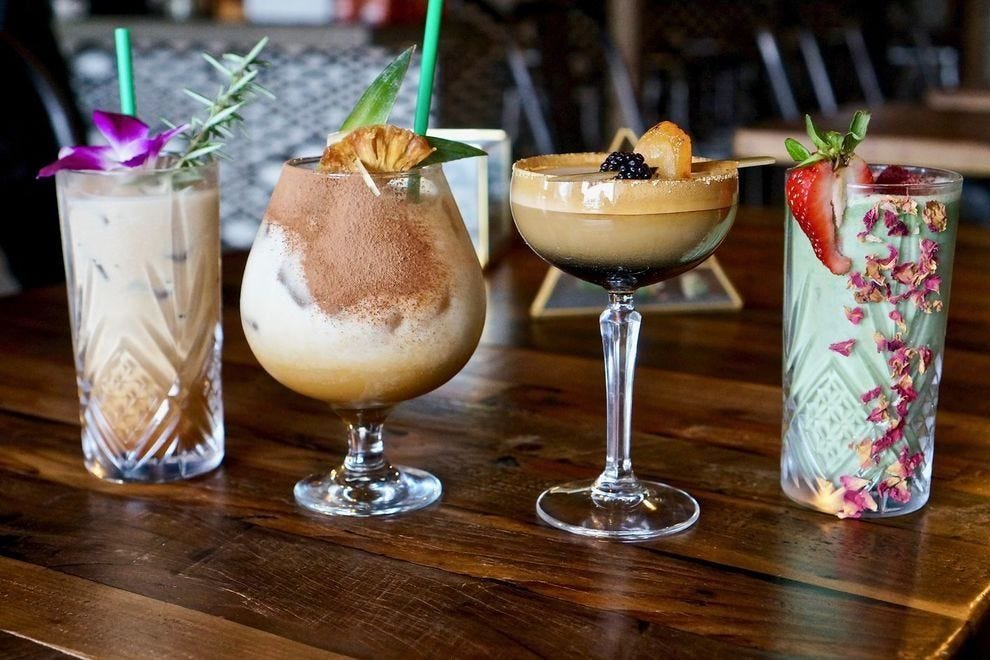 It may be a small city (there are less than 100,000 people there), but Santa Barbara’s restaurants make a big scene! With access to sustainable seafood, local ranches and farms, and world-class wineries, there are a lot of innovative restaurants popping up in and around the city.

Many notable chefs from around the country have set up operations in Santa Barbara, leveraging the city’s proximity to high-quality ingredients.

When it came time for us to map out the topography of Nashville’s foodscape, we asked chef Julia Sullivan, one of the many female chefs taking the city by culinary storm. Sullivan, a native to Nashville and James Beard semi-finalist, recommended a selection of restaurants that display Nashville’s diversity.

From French-inspired dishes infused with Southern elements at Margot Café and Bar to the Japanese izakaya-style cuisine of Two Ten Jack, Nashville is a city brimming with flavor.

Explore Nashville: 10 of the best restaurants in Nashville, according to chef Julia Sullivan » 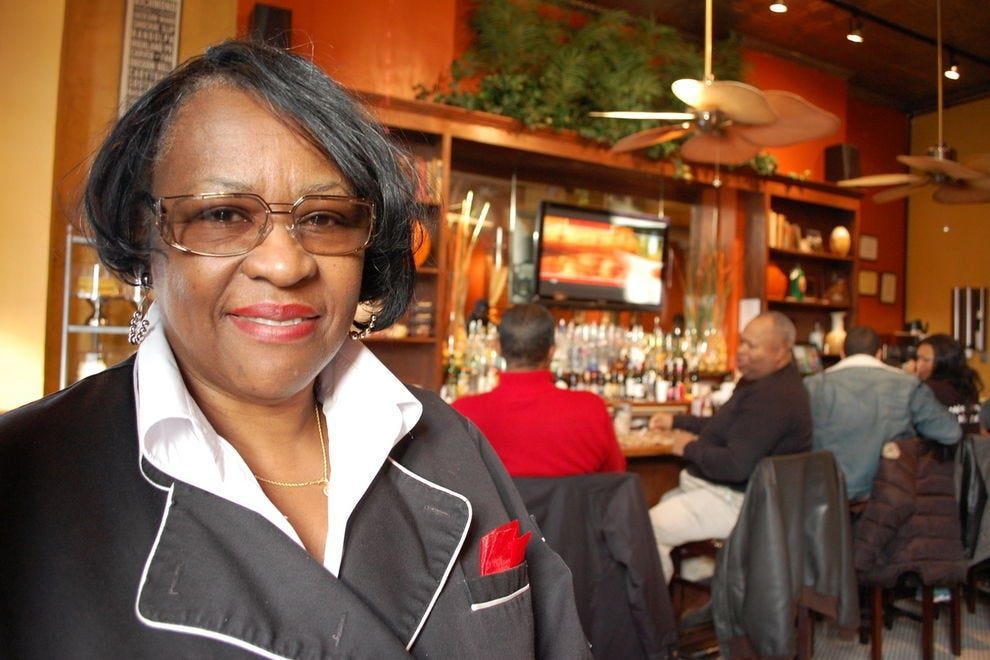 When it comes to dining at Richmond, we say head to Jackson Ward. It’s a historic neighborhood whose dining scene ranges from Filipino fusion at Tiny Victory to tacos that blend Southern cooking with Latin American and California flavors.

Explore Richmond: 10 of the best restaurants in Richmond’s Jackson Ward » 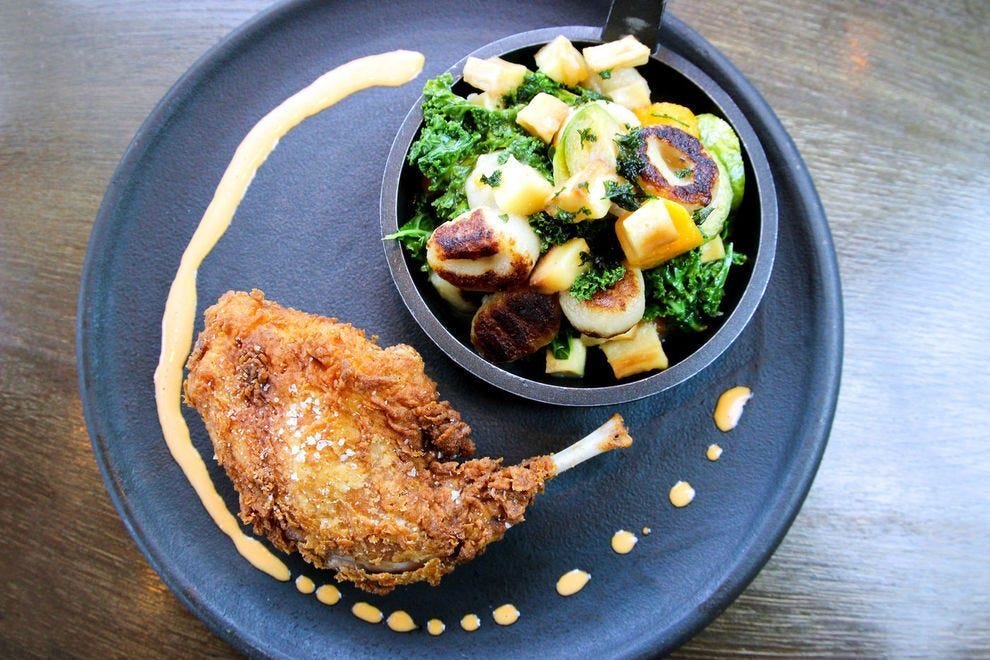 People come to Park City for the outdoor sports and lifestyle, but are often surprised by the gastronomic offerings. Restaurants like The Farm, Glitretind Restaurant and Tupelo are taking rustic, farm-fresh fare and making it upscale.

Not to mention, the dining experience at many of these restaurants offer cozy fireplaces and incredible mountain views. There’s plenty to fill up on in Park City after working up an appetite on the slopes. 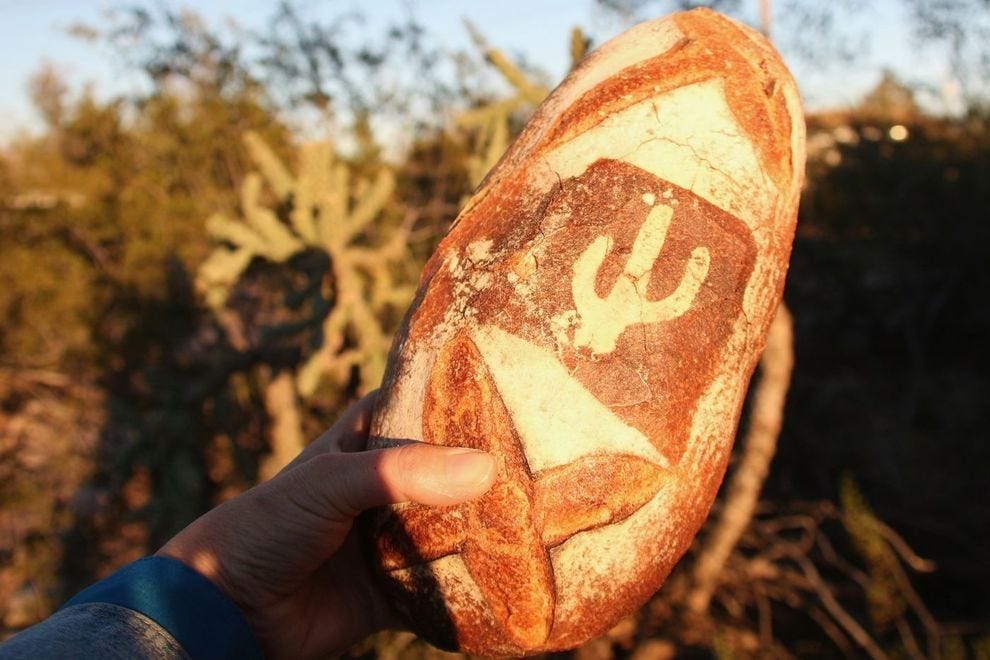 In 2015, Tucson became the United States’ first city to receive designation as a UNESCO Creative City of Gastronomy. That’s because the area is the longest continually cultivated area on the continent, giving Tucson a culinary heritage that dates back over 4,000 years.

Aside from being home to delicious eats, the city plays host to people working to protect, cultivate and cook with heritage grains, like Don Guerra of Barrio Bread. And the Native Seeds S.E.A.R.C.H organization is working to maintain a heritage seed bank.

The best hotels in London for Christmas
Margaritaville Hollywood Beach Resort an Upscale âCasual Luxeâ Locale
Austin’s top 6 neighborhoods for staying close to the action
The 8 best beaches in Malawi
Getting around Vancouver: How to see the city’s best sights, with or without a car