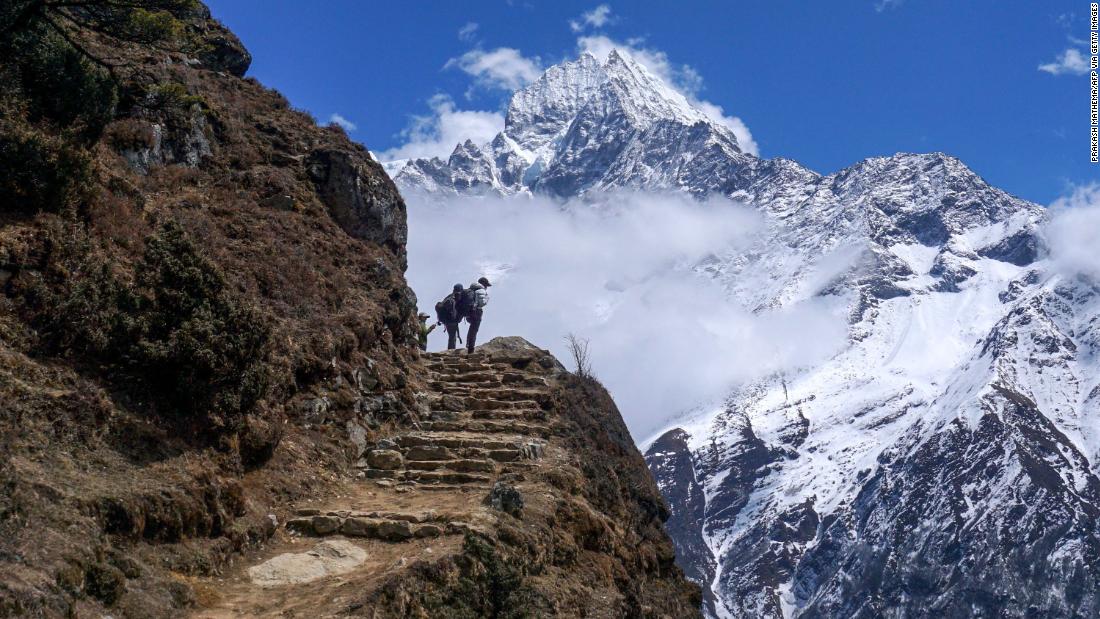 There are about 500 foreign trekkers on at least four trekking routes unable to return due to the lockdown, which started Tuesday and will last for a week, according to Shradha Shrestha, a spokeswoman for the Nepal Tourism Board.

“We are working with multiple government agencies to rescue the trekkers and bring them to Kathmandu, so that we can coordinate with the embassies to fly them back home,” Shrestha told CNN.

“Several embassies such as the German and French are already planning to send chartered flights to some of these areas to rescue the trekkers,” Shrestha added.

The tourism board has launched a website to make it easier for the stranded trekkers to reach out to authorities, said Shrestha.
The British embassy in Kathmandu asked its citizens in Nepal who are looking to return to the UK to send their details to staff. “We’re working closely with carriers and authorities to try to find a solution, and will contact you ASAP,” tweeted the embassy.

Nepal’s government announced earlier this month the spring climbing season for all the Himalayan peaks in the country, including the world’s highest Mount Everest, would be canceled due to coronavirus.

The decision came at the start of this year’s closely watched climbing season, which was already getting underway amid concerns around overcrowding on the Earth’s highest peak. Permits to climb Everest cost around $11,000.

Breathing is hampered by the extreme altitudes on the mountain, so an outbreak of coronavirus — which often causes respiratory problems — could have been particularly devastating at an Everest camp.

Nepal has three cases of coronavirus confirmed so far, according to the Nepal Health Ministry data.

What NOT to Do in Grand Teton National Park
It’s Time For Bold Executive Action To Transform Retail And CPG
How to Make Southern Thai Curry Paste (วิธีทำเครื่องแกงเผ็ดใต้)
Road trip loop: Soak in Colorado’s best hot springs
This vacation hotspot is offering vaccinations to visitors