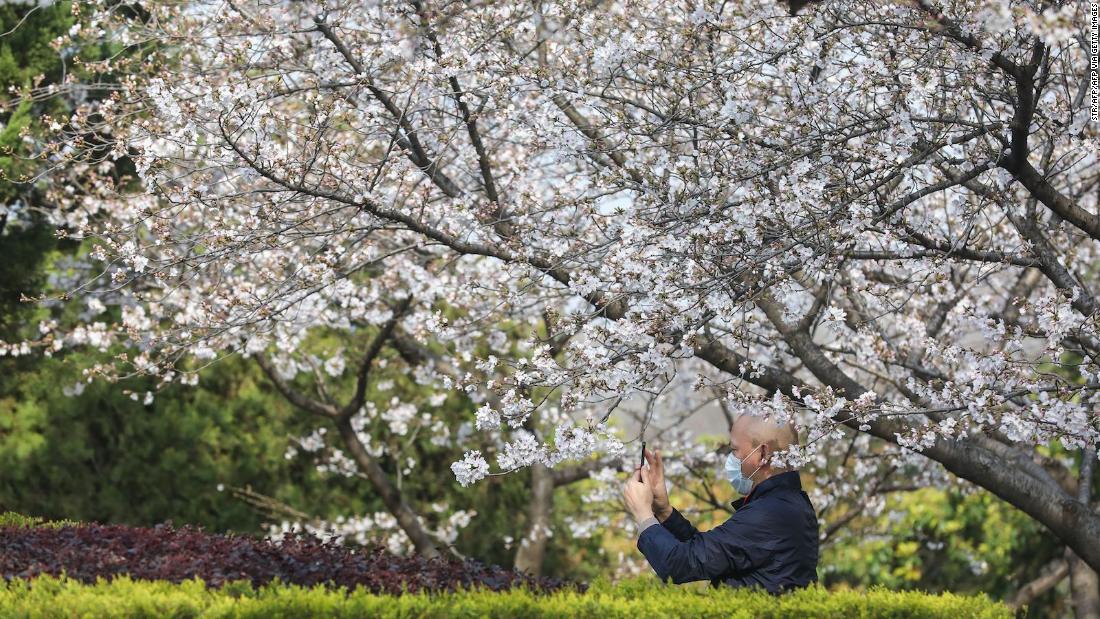 Right now, no city is more deserving of that message of hope and renewal than Wuhan, which has been under lockdown since January 24 due to the coronavirus outbreak.

One of the best places to enjoy them is Wuhan University, which is normally filled with cherry blossom admirers. This season, however, has been anything but normal. It’s nearly empty due to the ongoing lockdown, creating scenes of ethereal beauty.

Li Hao, a teacher living on the campus during the lockdown, captured stunning drone footage of the light pink blossoms, which can be viewed in the above video.

“I believe that any disaster or challenge will eventually come to an end,” Li tells CNN.

A staff member takes photos of cherry blossoms at Wuhan University on March 17, 2020.

“Just like these cherry flowers, sooner or later, they will always blossom. That’s what I believe, as long as we don’t give up our pursuit of a beautiful life, as long as we continue our effort to make it happen.”

According to Chinese state media, over 1,000 cherry trees are scattered across the university campus. Some of the oldest were gifted to the city by Japan in the 1970s, when China and Japan established diplomatic relations.

Lockdown due to lift April 8

Wuhan, with a population of some 11 million people, was the first Chinese city to be sealed off from the world as the virus began to spread. All flights, trains and buses were canceled and highway entrances blocked.

Two months later, the worst of the pandemic appears to have passed in mainland China and officials have announced they will lift the lockdown on April 8.

In the meantime, locals can take in the blossoms online. The university has set up numerous cameras around the campus, offering various views of the cherry blossoms in bloom on several Chinese apps including Taobao and WeChat.
This article was originally published by Cnn.com. Read the original article here.
Share on Facebook
Share on Twitter
Share on Pinterest
Share on LinkedIn