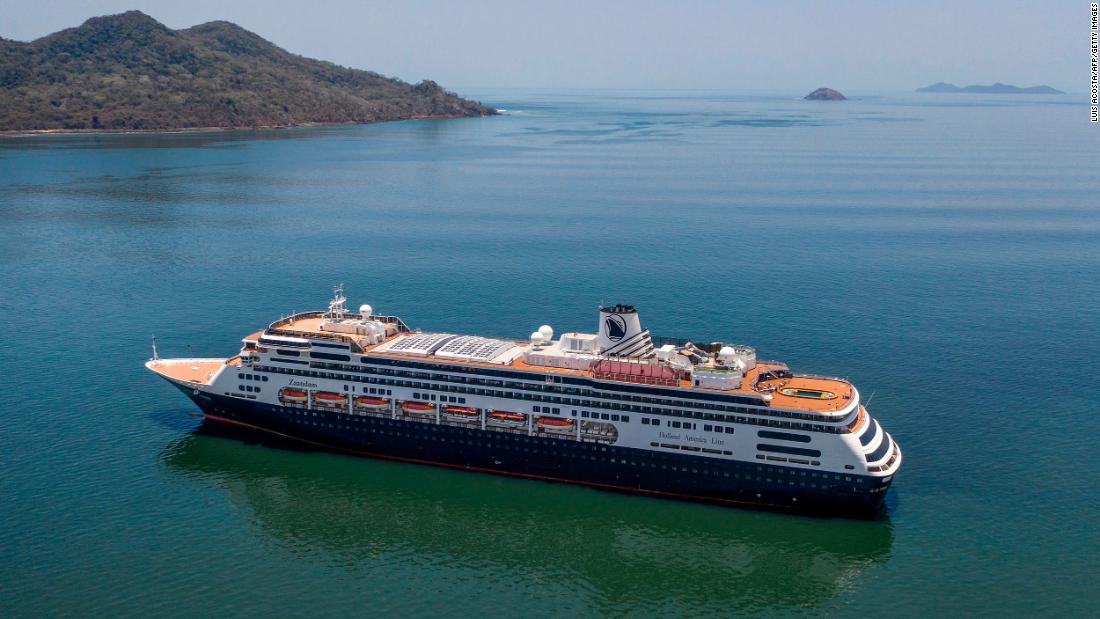 (CNN) — A Holland America cruise ship is heading toward the United States looking for a port while the voyage has turned, according to the son of one couple aboard, into a “nightmare scenario.”

Maximilian Jo’s parents are on board the Zaandam cruise ship, where eight people have tested positive for the novel coronavirus and about 200 people have influenza-like symptoms.

Four guests on board Zaandam have passed away, the cruise line confirmed on Friday. Holland America did not immediately provide the cause of death.

“They’re doing the best they can,” Jo said of the medical staff, but there’s “just not enough people and supplies to go around.”

He said his dad is exhibiting minor symptoms, like a fever, and his parents — once on a month-long cruise they had waited years to take — are stuck at sea.

The president of Holland America Line, Orlando Ashford, wrote in an op-ed in the South Florida Sun Sentinel that Panama had been kind to let the ship transit through.

“And we need confirmation from a port that is willing to extend the same compassion and grace that Panama did, and allow us to come in so our guests can go straight to the airport for flights home. It’s tempting to speculate about the illnesses that may have been avoided or lives saved if we’d gotten the assistance we sought weeks ago,” he wrote as the ship seeks a place to dock.

Another Holland America ship, the Rotterdam, brought the Zaandam supplies and took passengers “who aren’t ill,” according to Ashford.

The Rotterdam also is looking for a port.

Officials at the Port of Everglades, in Fort Lauderdale, Florida, said Holland America must have a plan for docking and disembarking that is approved before its ships can enter US waters.

Sen. Rick Scott said every passenger on the Zaandam needs to be quarantined for 14 days.

“We have to ensure the sick are getting properly treated, but we can’t take any chances,” he said in a statement.

Jo said he understands the sentiments of the local and state government creating a “united front” saying “not in my backyard,” but “everything changes when it’s your parents on that ship.”

It will take several days for the ships to reach the United States.

The Zaandam was sailing a South American voyage that departed Buenos Aires, Argentina, on March 7 and was originally supposed to conclude in San Antonio, Chile, on March 21.

Influenza-like symptoms have been reported by 73 guests and 116 crew members.

CNN’s Erica Henry and Francesca Street contributed to this report

WORLD’S MOST INSTAGRAMMED BRIDGE
Mount Rushmore – What NOT to Do at Mt. Rushmore
Thailand’s ‘sea people’ adapt to life on land
‘Tacky’ to ‘demoralizing’: Travel writers share their biggest ‘bucket list’ disappointments
Springtime is Sensational at Terranea Resort