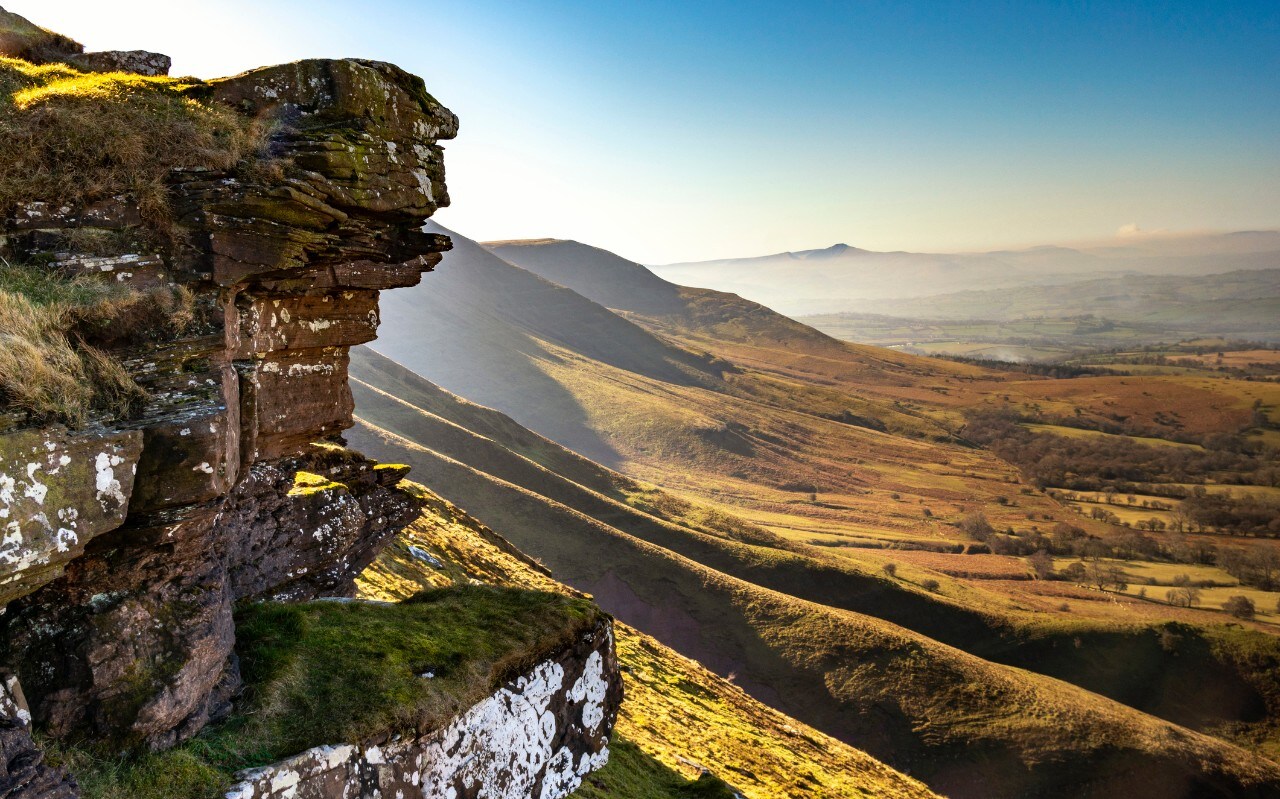 You may recall a poem by Robert Frost. Everybody does. It is about “taking the road less travelled”. He takes it, of course. And is just a bit smugly self-satisfied, too, if you ask me. But frankly you want to be a bit circumspect about this sort of poetic nonsense in a real wood, in real life.

Earlier this month, with Mrs Jones and some other “no-we-are-not-really-old” folk, I set out from Montgomery in Wales after a big breakfast – but before the injunction for us all to stay at home – to keep an appointment with Offa’s Dyke.

By the end of the first four miles of our hike, we’d exhausted speculation on Offa, that eighth-century Donald Trump. We decided that he had indeed built his wall to keep out the Welsh (as archaeologists now insist he didn’t). We’d exhausted the “How the hell did they do this with nothing more than a stick and slavery” cogitation – and by the time we had climbed to the Beacon Ring fort, we’d exhausted ourselves as well.

Even the most manically chattering of the chattering classes (me) fell silent as the gently swelling hill east of Welshpool kept on swelling. Novice walkers are familiar with the phenomenon. You slog on, crest a hill and (would you believe it!) confront another. “Oh no, there’s more! Ha ha.”

This was the first thing I had been able to utter for 20 minutes. It wasn’t a mountain, it wasn’t even much of a hill – but that had been a big breakfast. And in all it was six miles of relentless trudge on a freezing March day.

That other poet, Wordsworth, was wrong about the season. “It is the first mild day of March”, he begins one ode. “The black bird sings from the tall larch…” And then the insufferable Romantic prig tempts his companion outside to revel in the early spring. But let me tell you, William, March in north-east Wales isn’t spring. It’s the fag end of winter.

And what of “April is the cruellest month”? (T S Eliot). Really, Thomas? March is the most psychopathic month, if you ask me. I will never forget that caravan holiday in Maylandsea 30 years ago. This Welsh experience was coming close.

The new lurgy was spreading through London, but how quickly had we forgotten that other plague – floods. In the fields below Montgomery, the inundation was still sitting there. “Are you wearing wellingtons?” asked a man in a frogman’s suit, squelching towards us. He meant that the Offa’s Dyke Path was an utter mire. You don’t know what “a mire” is? We do. An utter one.

Every narrow passage, every gap through a thorny hedge, every slippery path alongside the gurgling brook was churned into a bottomless swamp by feckless sheep. Each stile required calculation worthy of the Royal Engineers. “Put a foot there, use the log in the middle, then jump across the boggy bit and hold on to the gate… oh. Never mind.”

So, now cold, wet, tired, panting from an uphill struggle and wary of yet more slop, we stood looking at a fork in the way. “Two roads diverged in a yellow wood”, as Frost’s poem puts it. We determined to follow the road less taken, a grassy track that headed in the right direction for a mile, then petered out. Nothing. No path. We were facing a thicket of young pines – and we barged in. It was like pushing through a beard of garden-centre Christmas trees. Robert Frost didn’t mention this.

I half expected the branches to turn into fur coats. Would we walk out of a wardrobe into a Forties bedroom? We didn’t. We got scratched, whipped by twigs and hopelessly lost. Forget the road less taken. We had to fight our way back to the road more taken. After a few hours of jarring, juddering progress straight downhill, the pub we were seeking turned out to be shut. Not because of the plague. It was just too early in the season. Because it is cold in March.

Sitting on a bench in the car park, we wondered if the citizens of Oswestry had already shut up shop. Might they be waiting, ready to burn visitors from London?

That evening, we did the right thing. We decided the coronavirus made it politic to return home and get back to our own houses, as all travellers should. Our decision had nothing to do with the mud, rain, cold, scratches and aching hip joints. Or not much, anyway.