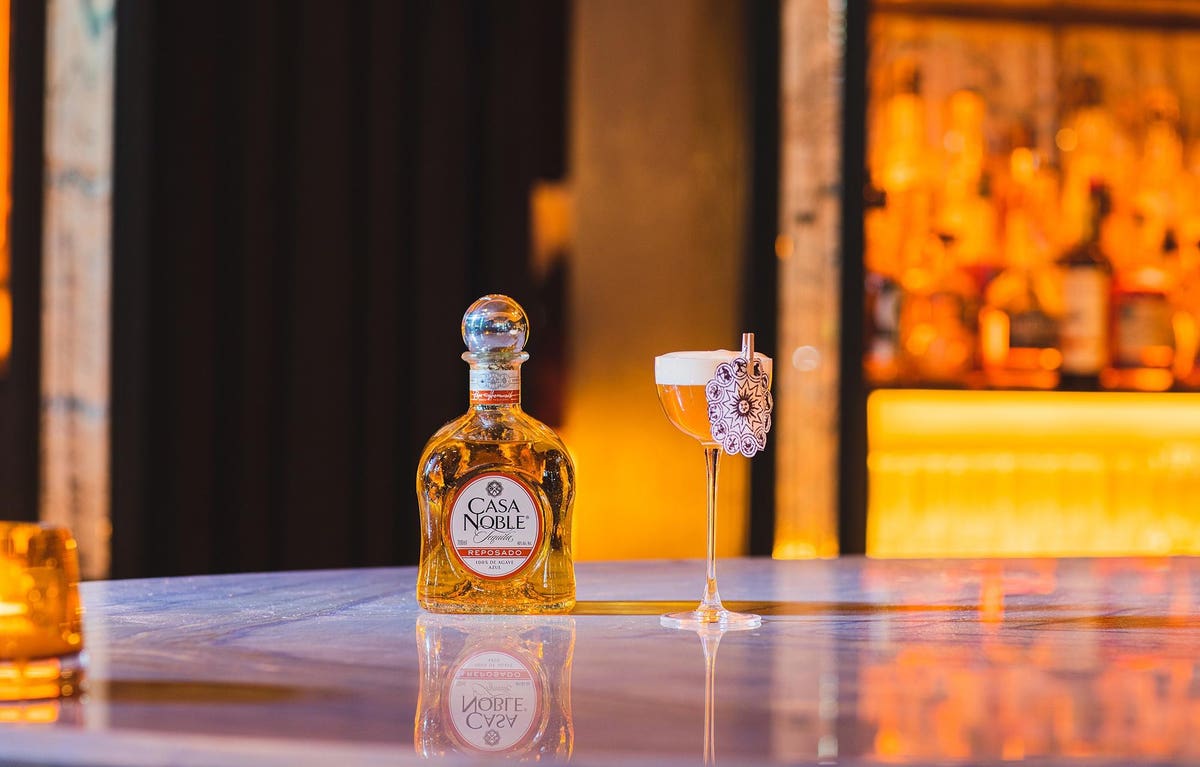 Those looking for a extra spook-tacular cocktail hour this month may need to set their sights on the Kimpton Fitzroy London.

Just in time for Halloween, the luxury hotel has not only launched a free tarot reading service for guests, but a brand new menu of 19th Century occult-inspired cocktails.

And, fascinatingly, it’s not the hotel’s first dalliance with the astrological. It’s laced throughout the Kimpton Fitzroy’s history.

Back when Charles Fitzroy Doll was drawing up plans for this “grande dame” of Russell Square, ladies and gentlemen would fill the finest drawing rooms in Victorian London to spend their evenings laying tarot cards.

Sylvia Pankhurst, Oscar Wilde, Ted Hughes and more all had ties to the zodiac and, in their honor, an ornate zodiac mosaic was fitted to the lobby floor of Kimpton Fitzroy London—a striking legacy of the late 19th century fascination with fortune telling.

A legacy that extends to a specially-made set of tarot cards for the hotel, designed by London-based queer artist and tarot illustrator, Ari Wisner.

“When I first visited Kimpton Fitzroy London, I was instantly inspired by the stunning architecture and the beautiful details throughout. With so many stories and visuals to work with, it tied in with the archetypes found within the tarot so naturally,” says Wisner. “It’s been a pleasure to create this deck of cards and to capture just a little bit of the hotel’s magic.”

In her deck cards like The Emperor, usually depicted as an older man representing power and authority, is instead portrayed by influential suffrage leader Emmeline Pankhurst, whose home now forms part of the hotel premises.

Wisner also references the hotel’s resident dragon, ‘Lucky George’ in The Wheel of Fortune card, so named because Charles Fitzroy Doll designed an identical dragon for the iconic First Class dining room staircase of The Titanic.

The bespoke deck will be read by psychic, tarot master and spiritual coach Fiongal Greenlaw-Meek and his team from The Wellness Foundry before being gifted to guests as part of the ‘Time for Tarot’ package.

Also included in the package are a guide for beginner’s on reading tarot, as well as occult-themed cocktails from the hotel’s plush bar, Fitz’s.

The cocktails (the champagne foam-infused Hidden Truth, citrus-packed Crystal Clear and matcha-topped Ask The Leaves) will be unveiled this Thursday in a one-night bar takeover, Fitz’s Presents Casa Noble.

Of course, locals and non-guests looking for a mystical happy hour are also welcome to enjoy the drinks at their leisure.

Prague: 10 Shocks of Visiting Prague
The best restaurants with rooms in Essex
How To Relieve The Stress Of Thanksgiving
An expert guide to ski holidays in Ischgl
Offbeat Australia – where to find unexplored gems this summer