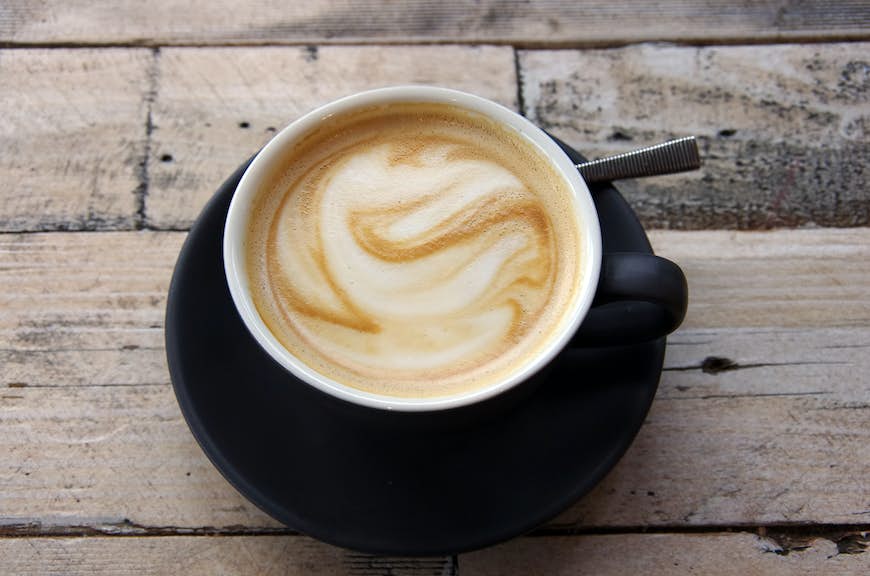 It wasn’t long ago that many Australians survived on an Anglo-Australian diet of meat and three veg. Fine fare was a Sunday roast, and croissants were considered sophisticated, even exotic. Today, palates have evolved and Australia’s gastronomic scene is exciting, innovative and a fusion of cuisines reflecting the country’s multiculturalism. It’s backed up by award-winning wines, world-class coffee, a deep appreciation of organic, sustainable produce, and a booming craft-beer industry.

Australia’s diverse climate and landscapes – from the outback to the coast, from the tropical north to the cool southern regions – is ripe for producing a range of impressive foodstuffs. While the Traditional Owners of the lands have always known the bounty that is Indigenous native flavours, the rest of the nation is finally starting to recognise it. Here’s what to eat and drink in Australia.

Get local insight on destinations all over the world with our weekly newsletter delivered to your inbox.

The phrase Modern Australian (Mod Oz) was coined to classify contemporary Australian cuisine: a melange of East and West; a swirl of Atlantic and Pacific Rim; a flourish of authentic French and Italian.

Immigration has been the key to this culinary concoction. An influx of immigrants since WWII, from Europe, Asia, the Middle East and Africa, introduced new ingredients and new ways to use staples. Vietnamese, Japanese, Fijian − no matter where a dish is from, there are expat communities and interested locals keen to cook and eat it.

Where to try it: Attica, Quay, Wildflower.

Fuel up on a flat white

Coffee is an Australian addiction and is taken very seriously. While Melbourne is generally considered Australia’s coffee capital – best experienced by wandering the city centre’s cafe-lined laneways – these days, you’re pretty hard-pressed to find any capital city, regional hub or one-street rural town that doesn’t have a decent cafe with a hipster barista slinging third-wave brews.

Everything is on offer – from a classic Italian espresso shot to slow-drip filter using single-origin beans – but if you want a truly “Aussie” coffee (well, Kiwis might dispute this), opt for the flat white (similar to a latte, with less microfoam).

Sample Indigenous flavours – a taste of the Australian landscape

Based on Indigenous Australians’ expert understanding of the environment and founded in cultural knowledge handed down over generations, delicious and nutrient-rich native cuisine is finally garnering the reputation it deserves in Australia’s culinary scene. Native bush ingredients such as bush meats (kangaroo, emu, crocodile), bush fruits (desert lime, quandongs, Kakadu plums, riberries) and spices (lemon myrtle, wattle seed) are now sought-after to bolster flavour and texture in dishes in high-end restaurants around the country.

Where to try it: Mabu Mabu, Fervor, Tali Wiru

Get hooked on seafood

As an island, Australia has no shortage of fresh, high-quality seafood. While fish and chips (most often a form of shark called flake; don’t worry, it’s delicious), either grilled or dipped in batter and fried is a classic, there is a lot more to try.

You can sample countless wild fish species, including prized barramundi from the Northern Territory; oysters are popular – connoisseurs prize Sydney rock oysters, a species that actually lives right along the New South Wales coast; prawns are incredible, particularly the school prawns or the eastern king (Yamba) prawns found along the northern NSW coast; and an odd-sounding delicacy is “bugs” − shovel-nosed lobsters without a lobster’s price tag (try the Balmain and Moreton Bay varieties).

Whet your whistle with award-winning wine

No matter what region of Australia you find yourself in, you’re never too far away from a great glass of wine; wine being one of the country’s top exports. Award-winning wineries and vineyards dot the country and run the gamut from large-scale commercial operations to small, family-run boutique ones.

Where to try it: In New South Wales, be sure to check out the Hunter Valley, Australia’s oldest wine region. South Australia’s wine industry is a global giant – try cabernet sauvignon from Coonawarra, riesling from the Clare Valley, sauvignon blanc from the Adelaide Hills, and shiraz from the Barossa Valley and McLaren Vale. Margaret River in the southwest of Western Australia is synonymous with superb cabernets and chardonnays.

In Tasmania, popular wine regions include the Pipers River region and the Tamar Valley in the north, and Coal River Valley near Hobart. In, Victoria, the Yarra Valley produces excellent chardonnay and pinot noir, as does the Mornington Peninsula. Wineries around Rutherglen produce champion fortified wines as well as shiraz and durif.

Bend the elbow with a craft beer

It’s no secret that most Aussies don’t mind a bit of a drink, and beer has long been synonymous with the nation. But gone are the days when all that was pouring at the pub was Fosters, XXXX or “VB” (Victoria Bitter).

Craft beer has taken over the country’s tastebuds and now you’ll find microbreweries and craft-beer bars in suburban backstreets, city laneways and country towns, and the list of beers on tap at any local pub continues to grow.

Vegetarians and vegans will have no trouble finding restaurants that cater specifically to them in the urban centres, and more commonly now in regional restaurants, too.

Some leading restaurants around the country offer separate vegetarian or vegan menus, often stretching to multiple-course degustation. Many of the more established restaurants specifically mark strictly vegetarian and vegan options on the menu.

Most Asian and Indian restaurants will have large meatless menus, but with Chinese, Vietnamese and Thai cooking you’ll need to be clear that you don’t want the common additives of oyster or fish sauce – they’ll usually be happy to make soy-based substitutions.

Vegemite You’ll either love it or hate it. It’s certainly an acquired taste, but Australians can’t get enough of the tar-black, umami-rich yeast extract, best sampled spread on buttery toast. And they’re particularly pleased that ownership of this national icon recently returned to Australian hands for the first time since 1928.

Kangaroo While some can’t quite stomach the idea of chowing down on the national icon, kangaroo has been eaten by Indigenous Australians for thousands of years. And the lean, venison-like meat is now revered in the country’s top kitchens, many local pub menus and supermarket fridges.