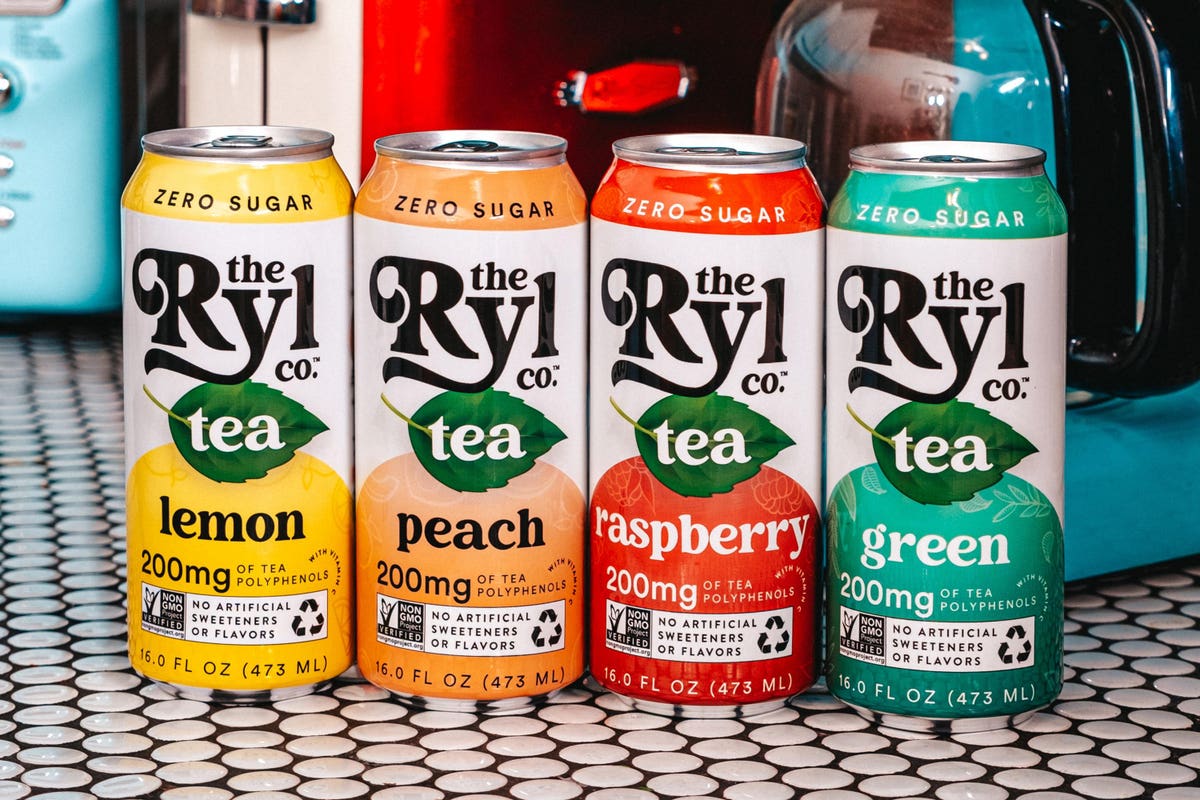 Drinking tea, or “çaj” in the Albanian language, has been as much of an enjoyable daily ritual for Blodin Ukella as a panacea for all illnesses, while he grew up in a Kosovo refugee family.

As the youngest child of three, Ukella vividly recalled how his family fled their home country in the late 90’s, and were granted a rent-free place to stay in Cape May Court House, NJ, through a refugee program — tea, alongside various at-home remedies, has remained a well-preserved tradition to this day.

“That was the start of the ‘Ryl’ life journey,” he said, “because we were shocked to see how most tea beverages consumed in the U.S. are loaded with refined sugar or artificial ingredients, which can have negative impacts on human health.”

Decades later when Ukella decided to form The Ryl Company after working as a finance and strategy executive in several high-profile beverage companies, including Bai Brands and OWYN, he vowed to bring the health benefits of tea in a convenient format to the American consumer.

Debuting with a line of aluminum canned tea that comes in four different flavors: the original green tea, peach black tea, raspberry black tea, and lemon black tea, Ryl kicks off its launch across the Northeast in Wegmans, Wakefern, and select Whole Foods stores in New York City, followed by a nationwide Sprouts launch in March.

‘Additive’ Instead Of ‘Disruptive’ Competition Strategy

The company has gone through a nine-month development process beginning in March 2022, during which 19 different iterations were made, and has received a $6.7 million funding backed by a number of strategic investors to formulate a market-ready product, according to Ukella.

Each Ryl’s gluten-free, Kosher, and non-GMO product delivers 20mg caffeine, 30mg l-theanine, and 200mg polyphenols in a can, while sweetened with all-natural monk fruit and stevia — this formula allows the product to achieve what he describes a rare combination of traditional sweet iced tea flavors and functional benefits of steeped tea.

“Our primary goal is to deliver functional transparency that can authentically convince and loyalize wellness consumers” Ukella explained. “Ryl’s proprietary polyphenol technology is a hybrid-process we use to ensure the expected dose of polyphenols delivered in each can is consistent. Our team has a thorough, internal qualification process that helps ensure our finished products meet the customer expectations every time.”

Polyphenols are antioxidants naturally existing in fruits, vegetables and beverages, according to various studies, and long-term consumption of diets rich in plant polyphenols can prevent the human body from developing cancer, diabetes, and other diseases. However, these nutrients are largely missing from ready-to-drink tea — a $33 billion global market that anticipates steady growth in the years ahead, market researchers forecasted — even among those positioned as better-for-you options.

Rather than aggressively taking market shares from legacy players, Ukella hopes Ryl can bring added value to its audiences and retailers. “We decided the era of ‘disruption’ focused strategy is over, and our goal at The Ryl Company is to pioneer the ‘additive revolution,’ he stressed, “meaning adding wellness-oriented propositions to higher use case beverage occasions, which offers the modern, health-conscious consumers a better-for-you alternative to drink in this tea occasion; while in parallel offering our partners an incremental consumer that may not currently be shopping tea as much as they are with other health-conscious categories such as water, clean protein and energy.”

Ryl’s launch coincides a significant shakeup in the ready-to-drink tea category, in which the U.S. market just saw consumer behemoth Coca-Cola discontinue its organic tea brand Honest Tea last year to prioritize the growth of what it called “fewer, scalable brands,” such as Gold Peak.

After all, tea is the second most consumed beverage worldwide, according to Ukella, and these recent innovations are only the tip of the iceberg in the massive evolution of functional drinks moving forward.

“Right now, our focus is growing a business with healthy cash flow and margins, and reinvesting in our retail and distributing partners, and most importantly, our consumers,” Ukella explained.

“The centerpiece of our culture is the mentality of never wanting to lose, whether that be in the marketplace or on our month-end financials,” he added. “Tea drinkers are tea loyalists, as such, we continue to see rapid growth for the overall category, and forecast an increasingly competitive landscape in the coming years.”

Fresh Take: Tyson Heir Settles With Guilty Plea, And Cracking Open The Issue Of High Egg Prices
The best spa hotels in Scotland for 2023
The best time to visit Great Smoky Mountains National Park for foliage, fog and more
Top 10 things to do on Grand Cayman Island
I WAS ON TV! – World Flight Episode 60